Your 'Wild' Salmon Is Probably Farmed

It’s a bad week to be an eater of food. Bacon’s off the menu, ever since the World Health Organization declared that processed meats cause cancer. Sugar is toxic, another new study found. And now, your expensive wild-caught salmon is secretly farmed, finds a new report out today.

In the report from the conservation group Oceana, researchers collected 82 samples of salmon labeled “wild” from restaurants and grocery stores in Chicago, New York, Washington, D.C. and Virginia. The wild salmon from grocery stores was either fresh or previously frozen, and in restaurants—which ranged from high-end establishments to take-out sushi joints—it was part of a prepared dish. The researchers gathered samples when salmon wasn’t in season, during the 2013-2014 winter, and checked to see if the fish was what it claimed to be using DNA analysis.

MORE: Should I Eat Farmed Salmon?

Almost half of the salmon, 43%, was mislabeled—and 69% of that mislabeling was farmed Atlantic salmon being sold as wild. Another type of fish fraud they saw was labeling a cheaper species of salmon with a more-expensive type, like pricy Chinook.

And here’s a stat that will make you want to cook your own salmon burger: the researchers found that you’re three times more likely to get duped at a restaurant, where 67% of the salmon were mislabeled, than a grocery store, where 20% of salmon were misrepresented.

“Salmon is one of the few types of fish that are supposed to be marketed under a species specific name, like sockeye or pink,” says Kimberly Warner, lead report author and senior scientist at Oceana. “When you buy salmon at a grocery store, you’re much more likely to know what species you’re getting than you are in a restaurant or at a small market, where you get vague labels like just ‘salmon’ or ‘wild salmon.'”

Shopping for salmon when it’s in season—typically April through September, but it depends by species—makes you less likely to get duped. The researchers had already done a similar experiment once before, where they collected samples during the summer salmon season in 2012. In that survey, Oceana found low rates of salmon mislabeling: only 7% in grocery stores.

Large grocery chains, which are required to provide information on species, country of origin and wild or farmed status, were the most trustworthy vendors, the researchers found. When they combined the results of both salmon surveys, they found that people who bought fish in a small market were eight times more likely to be misled than those who shopped for salmon in larger chains.

“If you’re substituting an imported farmed product as a wild-caught U.S. salmon, that is illegal,” says Warner. But salmon isn’t the only fraudulent fish on your dish. Recent Oceana studies have found that 30% of shrimp products are misrepresented (usually as “wild” when they’re really farmed), 87% of fish labeled “snapper” are something else entirely and 38% of Maryland crab cakes contain imported crab.

“We don’t tend to see a lot of crackdown on this kind of thing,” Warner says. “There’s not a lot of oversight.” 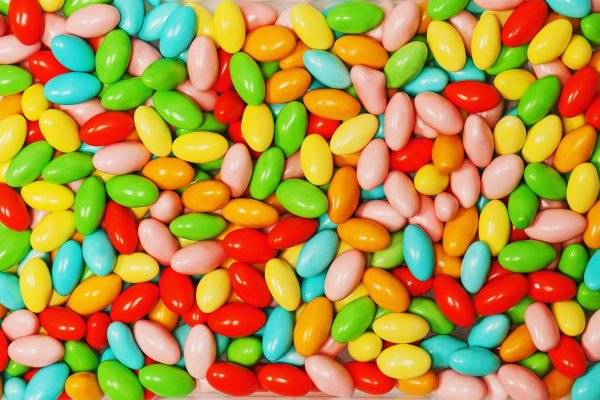 These Halloween Candies Have the Most Added Sugar
Next Up: Editor's Pick