Microsoft Turned These 2 Acquisitions Into Millions of New Users

Microsoft’s acquisitions in the email and calendar space appear to be paying off. The company announced Wednesday that its Outlook app, built on technology from recently acquired email startup Acompli, has reached 30 million users since launching in January on Android and iOS.

Starting Wednesday, iOS users can download a new Outlook update that features a cleaner look and packs more information into the main listing of messages. Users will now be able to quickly pick out events thanks to a new icon, as well as gain the ability to quickly RSVP directly from the inbox. Other icons, like ‘Flag’ and ‘Attachment,’ have also been made more prominent.

On Android, Outlook is adding images for contacts within the inbox, more prominent icons to denote read vs. unread emails and a revamped Calendar. The entire interface has been redesigned to adhere more closely to Google’s Material design standards. That update will be available to users in early November.

“The overall experience feels a lot more alive,” says Javier Soltero, Microsoft’s Corporate Vice President for Outlook. “A lot of the aesthetic qualities that consumers have grown to expect on their mobile applications, they’re brought to Outlook now.”

Soltero was the CEO and co-founder of Acompli, a powerful email app that Microsoft acquired for a reported $200 million late last year and rebranded as Outlook for mobile devices. With just 200,000 users before being acquired, virtually all of Soltero’s app’s growth has come in the last nine months.

In addition to improving email functionality, Outlook is set to boost its calendar features thanks to its incorporation of technology from Sunrise, another startup that Microsoft bought in February. Outlook will soon boast Interesting Calendars, a Sunrise feature that lets people automatically incorporate things like sports team schedules and concert listings onto their personal calendars. The standalone Sunrise app will be shut down once all its features have been rolled into Outlook.

The success of the new Outlook is a big win for Microsoft, which has spent the last year offering its Office products for free on iOS and Android. The desktop version of Microsoft’s email client is widely used by office workers, but moreso out of necessity than brand devotion. Convincing these people that they should also use Outlook on their personal devices is a challenge, Soltero admits.

However, the rise of mobile actually pushes more people into giving Outlook a try, he says, because most people don’t want to carry around two phones or even use two different email apps. Today, about 1 in 5 users of the Outlook app have more than one email account connected to the service. 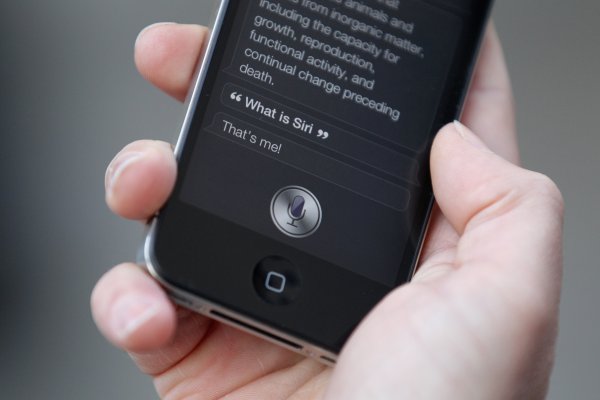 Siri Keeps Some Answers for Apple Music Subscribers Only
Next Up: Editor's Pick