Bush would scale back Medicare spending, in a plan that echoed the proposals of Wisconsin Rep. Paul Ryan, while providing seniors with “premium support,” a fixed amount for guaranteed coverage options, allowing them to buy coverage from private insurers. He would also reduce the levels of government subsidies for individuals making more than $85,000 a year.

“This is not about changing the program for those who already have it,” he said. “If we do not have an honest conversation about what it will take to protect Medicare and Social Security, we fail seniors and we will fail the next generation of Americans.”

Those who can afford to save for retirement will get a smaller Social Security benefit check when they stop working, under Bush’s proposal, but there would be an across the board increase in the minimum benefit.

The plan would eliminate the payroll tax for seniors at age 67, and adjust benefits for those who retire early or work past retirement age. Starting in 2022, Bush would steadily increase the retirement age so that workers would become fully eligible at age 70 in 2058.

Bush, 62, who recently cut staff and spending in a campaign shakeup, is polling at about 7% of voters in the recent CBS/New York Times national poll. He will appear at the third Republican presidential debate on Wednesday in Colorado, which will be broadcast by CNBC.

The Bush campaign published a position paper on his entitlement plans on its website. 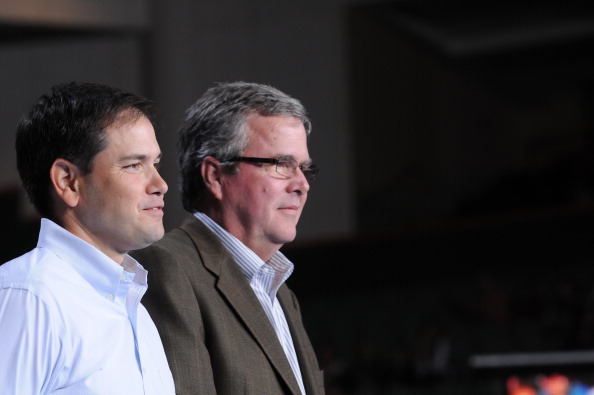 Bush Campaign Targets Rubio as 'GOP Obama' to Donors
Next Up: Editor's Pick