More than 300 academics from U.K. universities have announced a boycott of Israeli universities in protest at “the intolerable human rights violations” inflicted on the Palestinian people by Israel.

The pledge was printed out in a full-page advertisement in the Guardian newspaper on Tuesday. It is signed by 345 university professors and lecturers, with the title: “A Commitment by UK Scholars to the Rights of Palestinians.”

The boycott comes less than a week after 150 British artists, including Harry Potter author J.K. Rowling, signed a letter opposing a cultural boycott of Israel and called for engagement with Israel to address Palestinian grievances.

The advert says the academics are “deeply disturbed by Israel’s illegal occupation of Palestinian land, the intolerable human rights violations that it inflicts on all sections of the Palestinian people, and its apparent determination to resist any feasible settlement.” It has declared that the signatories will not accept invitations to visit academic institutions, act as referees in any of their processes, corporate or participate in conferences funded, organised or sponsored by Israeli academic institutions.

They pledge to maintain the position until “the State of Israel complies with international law, and respects the principal of human rights.”

The statement has been condemned by both the U.K. and Israeli governments. The British Ambassador to Israel, David Quarrey told the Guardian that the U.K. is “deeply committed” to promoting academic and scientific ties with Israel.

The Israeli embassy in London has responded to the boycott saying: “Boycott movements only aim to sow hatred and alienation between the sides, rather than promoting coexistence.” 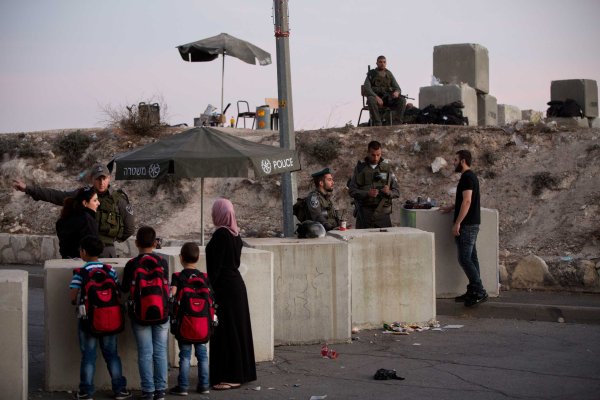