A J.R.R. Tolkien-Annotated Map of Middle Earth Has Been Discovered

2004: The Lord of the Rings: The Return of the King
Warner Bros.
By Megan McCluskey

In news that requires a bigger celebration than Bilbo’s eleventy-first birthday, a map of Middle Earth annotated by J.R.R. Tolkien himself was recently discovered. The rare document was found in an old copy of The Lord of the Rings in Blackwell’s Rare Books in Oxford. According to The Guardian, the copy belonged to renowned illustrator Pauline Baynes, who collaborated with Tolkien on a color map of Middle-earth that was published in 1970. Blackwell’s, which is selling the map for £60,000 ($92,118), said the document is “perhaps the finest piece of Tolkien ephemera to emerge in the last 20 years at least.”

Heavily annotated, the map demonstrates how painstakingly particular Tolkien was about the details of his imagined world, and offers new insight into the background of Middle Earth. “The map shows how completely obsessed he was with the details. Anyone else interfered at their peril,” Sian Wainwright at Blackwell’s told The Guardian. “He was tricky to work with, but very rewarding in the end.”

The author notes that Hobbiton “is assumed to be approx at latitude of Oxford,” and, according to Blackwell’s, implies that “the city of Ravenna [in Italy] is the inspiration behind Minas Tirith – a key location in the third book of the Lord of The Rings trilogy.”

And if this wasn’t already exciting enough for LOTR fans, now Ian McKellen, who plays Gandalf in the series’ movie adaptation, has taken to social media to tweet about the news.

This map is truly preciousssss. 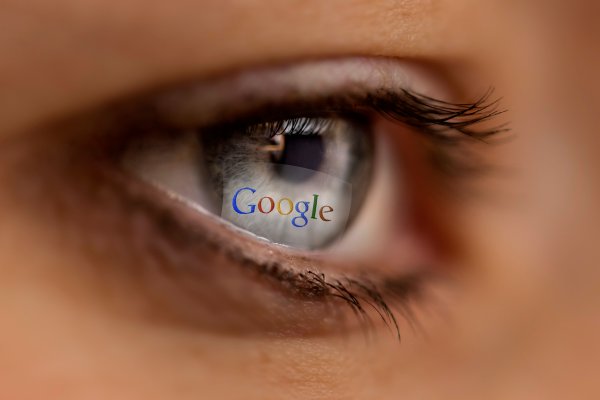 What Americans Fear Most, According to Their Google Search Histories
Next Up: Editor's Pick