Should You Pay to Get Rid of YouTube Ads Forever?

Alphabet (the umbrella company of all things Google) has announced a new direction for streaming video giant YouTube.

Beginning Wednesday, the company will offer YouTube Red, a $9.99-a-month subscription plan that makes YouTube videos ad-free, along with other benefits. For a company so reliant on free services, YouTube Red is an interesting move, one that possibly serves as the bellwether for video streaming’s future. In other words: the free ride is over; get ready to pay up.

But convincing people to pay for something they can get for free has been a significant challenge for streaming video providers. Just ask Hulu, which has taken five years since adding a paid option to amass 9 million subscribers. Meanwhile, Netflix, which has been in business more than three times longer and has always been a for-pay service, has nearly eight times as many subscribers as Hulu.

As to how YouTube Red will fare entering the game so late is anyone’s guess. But here’s what you need to know when choosing where to spend your streaming dollars.

Library: YouTube doesn’t release figures on the amount of video it hosts, but since the content is user-supplied, the number is massive and growing daily. Featuring everything from late night television clips to music videos to video blogs from social media stars, it’s a vast cache of entertainment, even if it’s not easily categorized.

Exclusive/Original Content: Most of YouTube’s videos are not original or exclusive. But over the years, YouTube has also built relationships with online content creators who have cultivated followings through the popular portal. Some of those creators will offer content to YouTube Red subscribers before it’s more widely available.

Perks: The membership also includes a subscription to Google Play Music. Alternatively, if you’re already paying for that, you get YouTube Red automatically.

A collection of classic films, top-rated movies, popular television shows, and original content, Amazon Prime Video is an ever-evolving collection for people who don’t mind missing the latest and greatest, but love being entertained.

Library: With everything from Oscar-winning movies like The Wolf of Wall Street to Amazon’s Emmy Award-winning original series Transparent, there’s a lot to enjoy here. And by cutting deals with networks like PBS and HBO, Amazon has also pulled together a great backlist of titles, so there’s always something to watch.

Exclusive/Original Content: Backed by its own production studio, Amazon Originals, there’s a good deal of exclusive programming on Amazon, but not enough to make this a must-buy for anyone.

Perks: Where to begin? Known mostly for its free shipping, Amazon Prime has quite a few other benefits (Prime Video access among them), making its $99 annual cost a great deal indeed.

Compatibility: From Android devices to Xboxes, you can play Amazon’s videos on a wide variety of connected devices. But curiously, due to a tiff with Apple, you can’t watch Prime Video on Apple TV.

Cost: The $99 annual fee breaks down to $8.25 per month. That, in addition to the other Prime perks, makes it the best value around, but a tough pill to swallow all at once.

Pulling the best from network and cable television and streaming it onto the web, Hulu represents the most mainstream video options. It’s a good option for people who want to cut the cord but don’t want to lose the pop culture.

Library: Next-day episodes from channels like ABC, Comedy Central, the CW, FOX, FX, and NBC, as well as commercial-free movies give Hulu a very current catalog. Pair that with classic episodes of Seinfeld, CSI, and other favorites, and it’s a very good way to allocate your streaming budget.

Exclusive/Original Content: Hulu is just starting to get into the market for its own shows, so at present there’s only a handful of titles. But that’s not really the draw here anyway—next day TV is.

Perks: For just $8.99 per month, Hulu will also throw in access to Showtime’s streaming library, a better deal than if you get it on its own.

Compatibility: A popular service on set-top streaming boxes like Hulu, and on video game systems as old as the Nintendo Wii, you can watch Hulu on a surprising amount of devices.

Cost: Depending on your tolerance for commercials, the rate changes. You can get a “Limited Commercials” plan for $7.99/month, or go ad-free for $11.99/month.

The first major brick to fall in the crumbling of old cable, HBO went from a cable subscription to a cable-plus-streaming service to a standalone internet video subscription. Along the way, in addition to showing blockbuster movies, the network’s ever-increasing catalog of exclusive, award-winning shows has earned the service a cultish following.

Library: As services like Amazon and Netflix gain more clout, it’s gotten more difficult for HBO to capture all the best movie titles. Still, it manages to pull off quite a few hits.

Exclusive/Original Content: Anticipating competition on the movie front, HBO has built a powerhouse private programming collection, from Sopranos to Boardwalk Empire. While some of the older shows are available on Amazon Prime, the new episodes are only available on HBO.

Perks: Being able to watch Game of Thrones before Internet spoilers ruin it for you.

Compatibility: Since launching on Apple TV, HBO Now has expanded onto many other platforms, including Amazon Fire TV, Android TV, and Roku devices. You can’t currently get it on a gaming console.

Cost: At $14.99 per month, it’s actually about the same price as it would be if you had cable — minus all the other channels you don’t watch, of course.

The heavyweight of the streaming business, Netflix started off as a DVDs-by-mail business and is now almost exclusively a web-based service. Every day Netflix streams 100 million hours of video across the Internet.

Library: From action to anime, sci-fi to sports movies, Netflix has a vast library, and some of it is even good. (Yes, you read that correctly—there’s a lot of straight-to-video content on Netflix.) But the service does two things very well. Firstly, its always-learning algorithms make great recommendations for video content that you’ll want to watch. Secondly, Netflix is producing some top-notch content that is rivaling the offerings you’d find everywhere else, short of HBO.

Exclusive/Original Content: From Marvel’s Daredevil to a new season of Arrested Development to Orange Is the New Black and House of Cards, Netflix has been unafraid to develop its own shows, whether based on previous works or wholly original.

Perks: If you happen to have the right setup, you can stream Netflix in 4K (for an added fee, of course).

Compatibility: Chances are, if your hardware can stream anything, it will work with Netflix.

Cost: For $8.99 per month, you can stream Netflix on two screens simultaneously in HD. But for that crystal clear 4K signal, you have to pony up $11.99 per month. At least for that price you can also watch on four different devices at once.

Like HBO Now’s little brother (with the lower price to match), Showtime’s streaming service is a little less than stellar, but for fans of the channels programming, it offers a good service at a reasonable price.

Library: Pairing new and classic movies with a modest but ever-growing collection of original content, Showtime’s library won’t knock your socks off, but it will get you to slip your shoes off and settle in with a movie.

Exclusive/Original Content: Now that Dexter is over, Homeland is likely Showtime’s biggest draw, though The Affair has turned quite a few heads. That’s not enough to compete with HBO, but it’s a start.

Perks: Discounted rates through Hulu and PlayStation Vue make Showtime feel like what it really is, an add-on.

Compatibility: Finding its way onto an ever-increasing range of devices from Amazon Fire TV to Apple TV, Showtime is easy to add — and remove once your favorite show is over for the year.

Cost: Showtime’s $10.99/month seems reasonable in comparison to HBO Now, but when you compare it to Netflix and Amazon, it’s clear you’re getting shorted (unless you’re a Homeland fan). 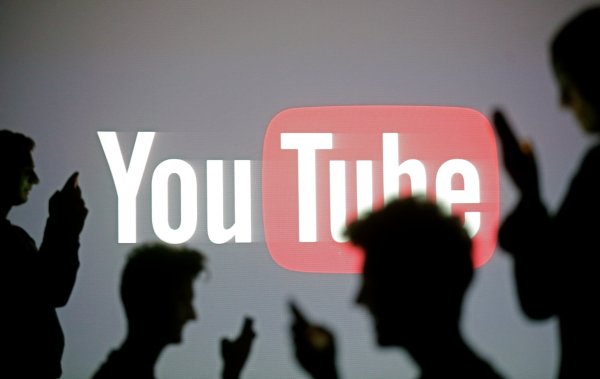 What YouTube Creators Think of the Site's Major New Change
Next Up: Editor's Pick