How Your Diet In Childhood Can Affect You for Life

If we’re being totally honest with ourselves, most of us tend to pick up healthy eating habits when we’re well into middle age, when we’re already likely on the way toward a number of chronic health conditions including being overweight, having diabetes or heart disease and high blood pressure. We try to add more fruits and vegetables to our daily fare, and cut back on the fatty meats and tempting but calorie-laden sweets.

But the latest study on diet suggests that it’s much better to start earlier, during childhood, to load up on things like blueberries and kale. Reporting in the journal Circulation, scientists studied how differences in the amount of fruits and vegetables that people ate as children affected their hearts 20 years later.

MORE: 5 Fruits and Veggies A Day Can Lower Your Risk of Death

Dr. Michael Miedema, a preventive cardiologist at Minneapolis Heart Institute, and his colleagues focused on a population of 2,500 men and women aged 18 years to 30 years who answered questions about their eating habits in 1985 and then agreed to have scans of their heart done in 2005 to look for coronary calcium. Coronary calcium is a good indicator of heart attack risk, since it measures the amount of calcium, one of the components that can build up in plaques that narrow heart vessels and can rupture and cause heart attacks. Those eating seven to nine servings of fruit and vegetables a day on average were 25% less likely to have significant coronary calcium in their arteries compared to those who only ate two to four servings a day.

Those who ate more fruits and vegetables, not surprisingly, also tended to eat healthier diets overall, including consuming more fish and healthier oils from nuts. But even after the researchers adjusted for these and other factors that can affect calcium in the arteries, such as how physically active the volunteers were, whether they smoked, and whether they had high blood pressure or elevated blood sugar, the effect remained significant.

Miedema says, however, that he could not compare levels of coronary calcium in the participants from the start to the finish of the study since they only took one measurement, but calcium in the arteries is nearly non existent in people in their 20s and gradually increases with age. Further studies that track changes in the rate of calcium plaques would be helpful in solidifying the connection between early fruit and vegetable consumption and later heart disease.

For now, he says that the data highlight how important it is to start healthy eating habits early—not only because they tend to stick around through adulthood, but also because they can actually make a difference in the state of your heart. “We assumed that eating healthy in your younger years was important, but we didn’t know for sure,” he says. Now there’s good scientific evidence that your mother was right—eat your vegetables (and your fruit). 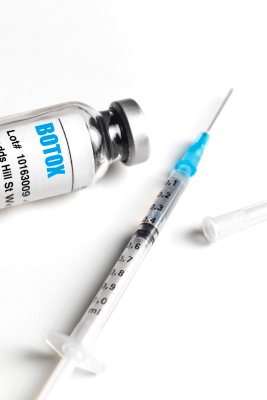