Donald Trump is taking credit for stopping Ford from moving an auto plant to Mexico, but the car giant on Monday refuted Trump’s claim and said it is proceeding with its plans.

The presidential candidate said in tweets on Sunday that his constant criticism of Ford on the campaign trail had pushed the company to halt plans for a $2.5 billion factory in Mexico and stay in Ohio. His rivals, Trump said, would not have been able to accomplish the same.

But Ford is moving forward with its engine and transmission plant in Mexico, the company said, and the decision to produce pickup trucks in the United States long predates the presidential race.

“Ford has not spoken with Mr. Trump, nor have we made any changes to our plans,” Ford said. “We decided to move the F-650 and F-750 medium-duty trucks to Ohio Assembly in 2011, long before any candidates announced their intention to run for U.S. president.”

A spokeswoman for Trump said that he is focused on “bringing jobs back to the United States” instead of sending them overseas.

“Mr. Trump was merely using the story of the Ford factory now located in Ohio to reinforce the importance of this issue he discusses often,” she said.

The billionaire real estate mogul, who has not appeared to suffer in the past for making misleading statements, is leading in national polls, though recent surveys show retired neurosurgeon Ben Carson overtaking him in Iowa. 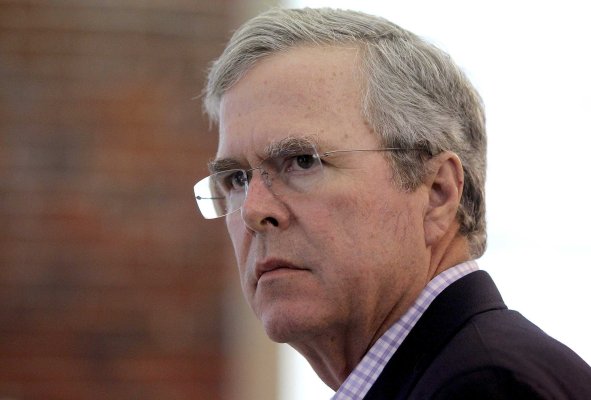 Jeb Bush's Campaign Is at a Crossroads
Next Up: Editor's Pick