Over the weekend President Barack Obama announced that all 100,000 public schools across the nation should limit testing to 2% of a student’s time in the classroom.

It’s a recommendation, not a requirement, and it comes in response to a nationwide backlash from teachers, students, and parents who are sick of over-testing.

The president is right about students taking too many tests. But I hope he will stop and think before trying to cure over-testing by telling teachers exactly how much time to spend on testing or what the tests should be. Classroom teachers know better than Washington how to assess their students’ progress. They also know that the real reason we have too many tests is that there are too many federal mandates that put high stakes on student test results, and that one more Washington decree—even if it is only a recommendation for now—is not the way to solve the problem of too many federal mandates.

Instead, the best way to fix over-testing is to get rid of the federal mandates that are causing the problem. That’s precisely what the United States Senate did when it passed by an overwhelming bipartisan majority, 81-17, legislation to fix No Child Left Behind and give more flexibility to states and classroom teachers to decide which tests will decide what kind of progress students are making.

No Child Left Behind, a federal law enacted in 2001, requires students to take 17 standardized tests over the course of their K-12 education. It uses those tests to decide whether schools and teachers are succeeding or failing.

In the Senate’s work to fix No Child Left Behind, no issue stirred as much controversy as these high-stakes tests.

At first, I was among those who thought the way to fix over-testing might be to get rid of the 17 tests. But the more we studied the problem, the more the issue seemed not to be the 17 federal tests but the federally designed system of rewarding or punishing schools and teachers that was attached to the tests.

A third grader, for example, is required to take only one test in math and one in reading. But here is the problem: the results of these tests count so much in the federally mandated “accountability system” that states and school districts are giving students dozens of additional tests to prepare for the federal tests.

One Florida study showed that a Fort Myers, Fla., school district gave more than 160 to its students. Only 17 of those are federally required.

So the Senate decided to keep the federally required 17 tests—that’s two annual tests in reading and math in grades 3 through 8 and once in high school, as well as science tests given three times between grades 3 and 12.

We also kept the practice of reporting results publicly so parents and teachers know how their children are performing. These results are “disaggregated,” so we know how students are doing based on their gender, ethnicity, or disability.

To discourage over-testing, we restored to states and classroom teachers the responsibility for deciding how to use these federal test scores to measure achievement.

Our bill ends the high-stakes, Washington-designed, test-based accountability system that has caused the explosion of tests in our local schools. It reverses the trend toward a national school board.

I am glad to see the president’s focus on over-testing. But let’s not make the same mistake twice by decreeing from Washington exactly how much time to spend on tests or what the tests should be. States and 3 million teachers in 100,000 public schools are in the best position to know what to do about over-testing.

Both the Senate and House of Representatives have passed similar bills to fix No Child Left Behind and to reduce the federal mandates that are the real cause of over-testing.

The best way to have fewer and better tests in America’s classrooms is for Congress to finish its work and the president to sign our legislation before the end of the year.

Alexander is chairman of the Senate education committee, a former governor of Tennessee and a former U.S. education secretary. 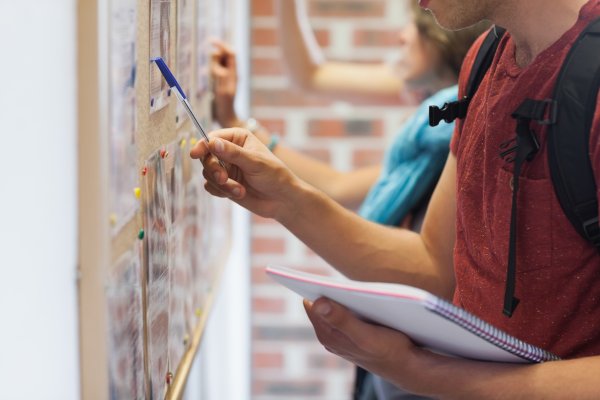 4 Ways to Get Work Experience in College
Next Up: Editor's Pick