What to Know About Meat and Cancer

A World Health Organization (WHO) group declared on Monday that processed meat, such as hot dogs and bacon, causes cancer and red meat may as well.

The determination was made by the International Agency for Research on Cancer (IARC), which is the arm of the WHO that gives recommendations based on cancer risk. The group, which included 22 scientists from 10 countries, evaluated the carcinogenicity of red and processed meat based on available research.

Read More: The Science Behind How Bacon Causes Cancer

Here’s what you should know about the news.

What’s the link between eating meat and cancer?

The IARC looked at more than 800 studies on the link between red and processed meat and cancer risk and determined that every 50 gram portion of processed meat eaten daily increases the risk of colorectal cancer by 18%.

The agency is not the first to reach the determination that processed meat, and possibly red meat, increases the risk of colorectal cancer—which is the second-leading cause of cancer deaths in the United States. The American Institute for Cancer Research (AICR) and the World Cancer Research Fund have also concluded that eating even small amounts of processed meats on a regular basis can increase colorectal cancer risk.

How does red meat cause cancer?

The mechanism behind the link is still under investigation, but there are a few possible explanations.

First, there’s nitrates, which are preservatives added to some processed meats and have shown in some research to produce cancer-causing compounds. Another possible factor is the smoking process that goes into many processed-meat products.

Smoked meats contain Polycyclic Aromatic Hydrocarbons (PAHs), which are compounds that develop at high heat and are considered carcinogenic. PAHs and other chemicals called Heterocyclic amines are formed when meat is cooked over heat and have been found to damage DNA.

“For an individual, the risk of developing colorectal cancer because of their consumption of processed meat remains small, but this risk increases with the amount of meat consumed,” Dr. Kurt Straif, head of the IARC Monographs Programme said in a statement. “In view of the large number of people who consume processed meat, the global impact on cancer incidence is of public health importance.

Does this mean I should stop eating red meat?

The IARC is not saying that everyone should completely stop eating red or process meat altogether, but that people should consider limiting their intake. That’s in line with other recommendations that say limiting red meat and eating more plant-based foods can have significant health benefits.

As TIME has previously reported, not all meat is created equal, and many nutrition experts support avoiding processed meat. Unadulterated lean red meat offer of high-quality protein, iron and B vitamins.

“These findings further support current public health recommendations to limit intake of meat,” Dr. Christopher Wild, Director of IARC said in a statement. “At the same time, red meat has nutritional value. Therefore, these results are important in enabling governments and international regulatory agencies to conduct risk assessments, in order to balance the risks and benefits of eating red meat and processed meat and to provide the best possible dietary recommendations.”

How can I lower my risk?

Limiting the amount of processed meat and possibly red meat is a place to start. Consider replacing some of the processed meat you consume with fresh versions of meats like chicken. You can also try out other kinds of protein, like eggs and legumes. 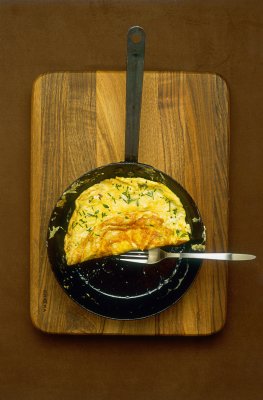