Russian crew members get on board of the newly built Novorossiysk B-261 multipurpose diesel-electric submarine in St. Petersburg on Aug. 22, 2014
Olga Maltseva —AFP/Getty Images
By Joanna Plucinska

Experts fear that were the Russians to successfully sever the undersea fiber-optic cables, they could cut communications for much of the West, crippling a system that U.S. allies have grown overwhelmingly dependent on.

“I’m worried every day about what the Russians may be doing,” Rear Admiral Frederick Roegge, the commander of the U.S. Navy’s submarine fleet in the Pacific, told the Times.

The worries show the intense distrust that Washington has developed for the Russian military, the Times says, marking a resurgent Cold War mentality between the two powers, especially following territorial gains for Moscow in Ukraine and its entanglement in the Syrian civil war. 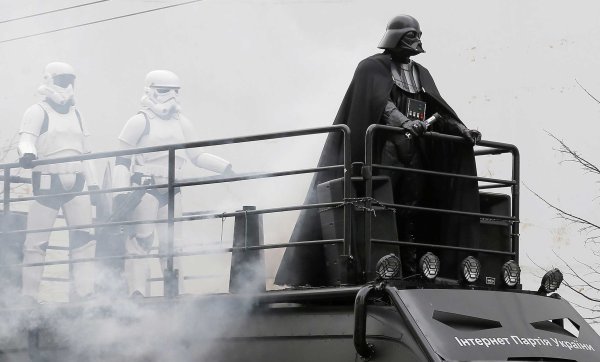