Jacksonville Jaguars' Tyson Alualu (#93) is tackled during an NFL football game against the Buffalo Bills on Oct. 25, 2015 at Wembley Stadium in London.
Stephen Pond—Getty Images
By Michal Addady / Fortune

NFL history was made on Sunday when a game was live streamed online for the first time, Business Insider reports.

The Jacksonville Jaguars and Buffalo Bills went head to head at Wembley Stadium in London, and anyone with access to the Internet was able to tune in. The live stream was provided by Yahoo, which announced the new project back in June. Yahoo CEO Marissa Mayer said that it “marks a significant change in the way users can access this amazing content,” allowing every “modern fan” to enjoy football season whether they have cable or not.

The Jaguars won 34-31, but the jury’s still out on whether the Yahoo live stream was successful. Some praised the “crystal clear” video quality, while others suffered persistent blurriness, freezing, and skipping.

Yahoo acquired the broadcasting rights from the NFL for $20 million. It may not have been the best investment, as advertising demand was low for this first game. The Washington Post reports that the company initially asked for $200,000 for a 30-second spot, but was forced to cut the price down to just $50,000. 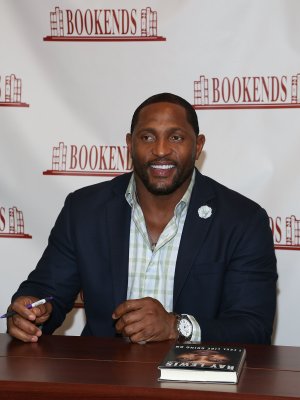 Ray Lewis Says He Could Not Commit Murder in a Mink Coat
Next Up: Editor's Pick