Quentin Tarantino joined hundreds of demonstrators in New York City on Saturday at a protest against police brutality across the country.

“I’m a human being with a conscience,” said Tarantino, who flew in from California for the event, according to the Associated Press. “If you believe there’s murder going on then you need to rise up and stand up against it. I’m here to say I’m on the side of the murdered.”

The group gathered in Washington Square Park before marching about two miles up Sixth Avenue, the AP reports, with some demonstrators shouting stories over microphones and others waving signs with photos. It was the last of three demonstrations organized in New York this week by the group RiseUpOctober, and speakers at the event said they want to bring justice for people killed by police.

The rally came just four days after a New York police officer, Randolph Holder, was shot to death while pursuing a bicycle thief. When asked about the timing of Saturday’s demonstation, Tarantino told the New York Post, “It’s unfortunate timing, but we’ve flown in all these families to go and tell their stories . . . That cop that was killed, that’s a tragedy, too.” 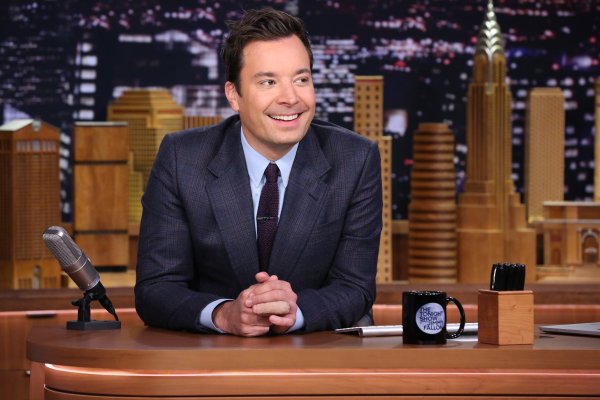