Ahmed the Clockmaker Finally Got His Clock Back

Ahmed Mohamed, the 14-year old Texas student who was arrested when his homemade clock was mistaken for a bomb, has finally gotten his clock back.

Mohamed, whose September arrest by Texas law enforcement prompted charges of racial stereotyping, tweeted a picture of himself with the clock Friday:

His arrest after school officials thought the harmless clock was a bomb caused supporters on social media to rally around Mohammed and his family with the hashtag #IStandWithAhmed. President Obama even invited Mohamed to the White House as part of an event to encourage kids to pursue STEM subjects.

A Dallas Morning News reporter tweeted this picture that appears to be Mohammed’s clock in an evidence back, labeled “hoax bomb.” While the veracity of the picture is not immediately apparent, it is consistent with other photos published in the Dallas Morning News, and Mohamed did retweet the photo:

But despite the outpouring of support, Mohamed and his family are planning to move to Qatar after he was invited to join the Qatar Foundation’s Young Innovators Program, his family announced this week. “Qatar was a cool place to visit. I loved the city of Doha because it’s so modern. I saw so many amazing schools there, many of them campuses of famous American universities,” Mohamed said in a statement. “The teachers were great. I think I will learn a lot and have fun too.”

Looks like he will be able to bring his clock to his new school. 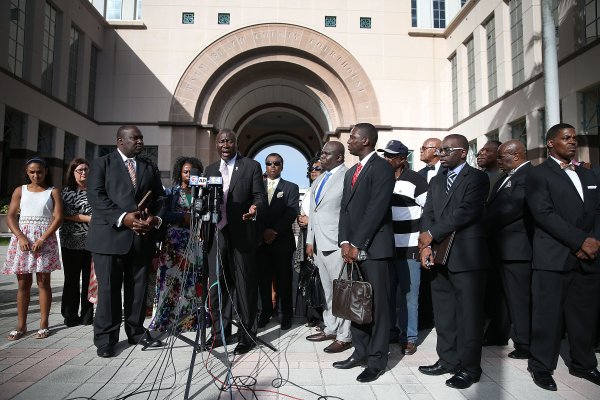 Report: FBI to Join Probe of Corey Jones Death
Next Up: Editor's Pick