Halloween's Surprisingly Long History as a Holiday for Hooking Up

The origins of Halloween are ancient, but when Ruth Edna Kelley set out in 1919 to explain the holiday’s past in The Book of Hallowe’en, she found that the portion of tradition that survived into the 20th century had less to do with sun worship and Samhain than it did with costume parties, cooking and, surprisingly, romance.

In many ways, the picture Kelley paints of a circa-1919 American Halloween party is pretty similar to what partygoers might expect to find this weekend. Guests showed up in costume, often as ghosts or witches. Jack-o’-lanterns and corn stalks were customary decor. Food included gingerbread, cider and apples. An enthusiastic host might even have created a “frieze of witches on broomsticks, with cats, bats, and owls” on the mantlepiece, and snacks could be served in cauldrons. Appropriate colors were black and “deep yellow,” or what we now call orange.

But then things start to diverge. Halloween, Kelley writes, “is a time for lovers to learn their fate.”

Wait, what? It turns out that the activities at a vintage Halloween party were often aimed at singletons eager to use the holiday’s spooky aura for some fun with each other. The options were many:

The many fortune-telling traditions range from harmless to downright strange. While a romantic Halloween party could lend a fun vintage feel to a modern get-together, some old customs might be well avoided. Case in point: “If a girl steals a cabbage…she must put the cabbage over the door and watch to see whom it falls on, for him she is to marry.” 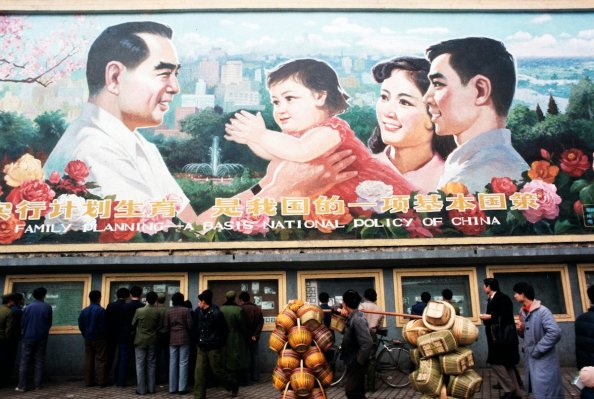 Here's How China's One-Child Policy Started in the First Place
Next Up: Editor's Pick