This App Tells You If Someone Died in Your House

A new app promises to tell you whether someone died in a house before you buy it, so you know what kind of spooky shenanigans you might be signing up for.

DiedInHouse.com will search for murders, suicides, suspicious or natural deaths that occurred at a particular address, as well as meth lab activity or fires, starting at $11.99 for a single search. That can help you decide whether you need to be actively worried about ghosts or not. The database has 4.5 million houses in it so far, according to Bloomberg Business, and customers have bought 30,000 house searches.

Most people would want to know if someone had been murdered in a house they’re about to buy, but many states have lax laws about disclosing deaths and crimes to future buyers. Pennsylvania and Massachusetts law don’t require disclosure of former crimes on the property, and Massachusetts law even says that “alleged supernatural phenomenon” don’t need to be disclosed in a real estate transaction. By contrast, South Dakota and Alaska require would-be buyers to be appraised of any murders or suicides on the property in the last 12 months, according to Bloomberg.

In some high-profile cases, addresses are changed to conceal the morbid history of a home. That was the case with 755 15th St in Boulder Colorado, which was changed to 749 15th St ten years after 6-year old JonBenet Ramsey was murdered there in 1996. But a representative from DiedInHouse says it has updated both addresses, so that future buyers know the history of the home. 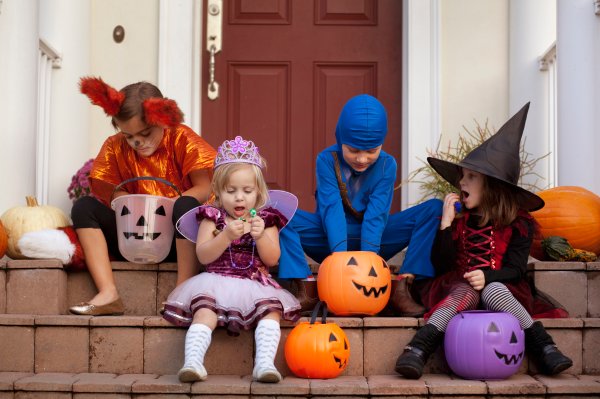 These Will Be the Most Popular Halloween Costumes This Year
Next Up: Editor's Pick