The charred remains of the Doctors Without Borders hospital on Oct. 16, 2015 in Kunduz, Afganistan
Najim Rahim—AP
By Erik Ortiz / NBC News

Another staffer with Doctors Without Borders has been confirmed dead after its charity hospital in Afghanistan was bombed in a U.S. air strike earlier this month, the organization said Friday.

The death toll in the deadly strike on the facility in Kunduz is now at 23 — 13 hospital staff and 10 patients, Doctors Without Borders said. One other staffer and two other patients are presumed dead, the organization said.

The medical facility was mistakenly bombed on Oct. 3, U.S. defense officials said, days after Afghan security launched an offensive to retake the northern Afghan city from the Taliban… 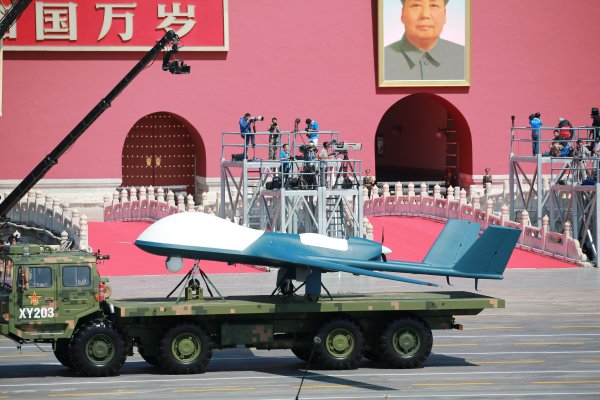 These 5 Facts Explain the Rise of the Drone
Next Up: Editor's Pick