One Woman Can Detect Parkinson's Disease By Smell

Joy Milne and her late husband Les are pictured in this undated photo.
Joy Milne and Parkinson’s UK
By Julia Zorthian

One woman in Scotland can accurately smell Parkinson’s disease on a person skin, and researchers have begun exploring the implications of her ability.

Joy Milne’s husband, Les, died at the age of 65, twenty years after he was diagnosed with Parkinson’s disease. But Milne had detected whiffs of a heavy, musky smell on him as early as six years before his diagnosis, she told TIME.

“I just thought he was tired and wasn’t showering enough,” says Milne. “When I said it he was a bit hurt about it.”

It wasn’t until Milne joined the charity Parkinson’s UK and walked with her late husband into an event in Perth that she smelled that similar musk on people diagnosed with the disease; she told the BBC she “could always smell things other people couldn’t smell.”

Milne’s husband told her she should report her observation to researchers. The opportunity didn’t arise for 18 months, until another Parkinson’s UK event when she stood up and asked researchers during a Q&A why no one had used the smell of Parkinson’s for early diagnosis.

“There was a silence, and [the event speaker] said ‘can you speak up?’ Milne remembers. “I said, ‘I smell Parkinson’s in this room all around me.’ None of them had heard anybody stand up and say this.”

Edinburgh University decided to explore Milne’s talents by providing her with t-shirts from six people with Parkinson’s and six people without. Scientists were impressed when she accurately determined 11 out of 12 cases, even though she smelled Parkinson’s on one of the t-shirts from a person without the disease. That twelfth person contacted the scientists months later to say he had been diagnosed, making Milne’s record 12 for 12 — and she says she only found out about this final case on Thursday.

Milne says that beyond that one case, she has not been confronted with the situation of thinking someone smells like Parkinson’s before that person is aware or diagnosed. She is hopeful that her scent findings can benefit Parkinson’s research in some way, since the disease still has no specific diagnostic test.

“I just hope they can use it. My husband died only 19 weeks ago, and as a doctor he was very keen that we do something with this,” Milne said.

The Parkinson’s UK charity is now sponsoring research to pinpoint whether a molecular change occurs in the skin of people with Parkinson’s that leads to the potential odor link Milne smelled. 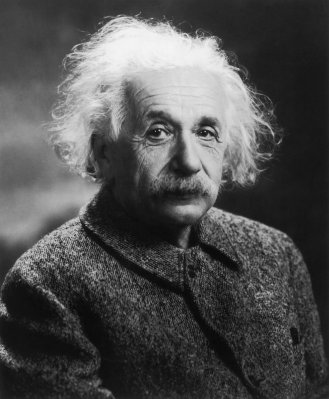 What Einstein Got Wrong About the Speed of Light
Next Up: Editor's Pick