We use it every day. It’s on nearly every page we read. But that wasn’t always so. A thousand years ago

It took centuries for the punctuation marks we use today—and the rules we have now about how to use them—to be invented and adopted. Along the way, there were marks that didn’t make it, rules that got thrown out and opinions so violent that men have been brought before judges to account for their apostrophes.

In a new book, Making a Point: The Persnickety History of English Punctuation, author and linguist David Crystal takes readers from the days of the Roman empire to emoticons, explaining how things came to be and why there’s no way they’ll stay the same.

Here are seven lessons from the book.

1. Almost every argument about how to punctuate boils down to one fundamental disagreement. It’s easy to fight about punctuation when people can’t even agree what its purpose is. “Since the very beginning, there have been two views on this. One is that it’s to help speakers and the other is that it’s to help readers,” Crystal says. The original motivation for punctuation—when almost all reading was done out loud by the few people who could do it—was to give speakers guidance about where to pause, for example. Then printing presses were invented, literacy caught on and punctuation became a useful tool for helping people understand texts. The problem, Crystal says, is that the guidance isn’t the same. “One isn’t a reflection of the other,” he says. “There are places you would pause in speech, for instance, where you’d never put a comma in writing.”

2. You can punctuate without actually using any punctuation marks. One of the first kinds of punctuation to be experimented with and one of the easiest to take for granted is the word space. There was a time when there weren’t any spaces between words, and we still don’t use them when we speak. (Note the lack of daylight when one says the words “this morning.”) When reading was a public performance, the readers knew the texts well, Crystal explains. And when we know texts well, we don’t really need spaces to get the message. See: jackandjillwentupthehilltofetchapailofwater.

4. But that doesn’t mean rules don’t matter. One of the last acceptable forms of prejudice is linguistic prejudice. If people don’t adhere to standard rules about spelling, punctuation or grammar, it is generally accepted to mock them, look down on them or assume them inferior in some way. “There are certain rules which are recognized by people 90% of the time,” Crystal says. “And these are the ones that kids need to learn, otherwise they’re going to be condemned for being illiterate. But very early on, one has to recognize that any rule will have exceptions.” Like, every sentence ends with a period … except when it ends ellipses or a question mark or no mark at all because it’s a headline. (And so forth.)

5. There could be a punctuation mark in 100 years that nobody is using today. If Crystal had his druthers, he’d popularize the interrobang, a combination of question mark and exclamation point:‽. It typically signals irony, he says, but has yet to catch on despite irony’s lasting popularity. Fun fact: the question mark, which originally looked more like a tilde (~), wasn’t called a question mark until after the Civil War. The Founding Fathers would have likely called it a point or note of interrogation.

6. We are not in the exclamation mark’s first period of inflation. Exclamation marks have become so commonplace that they are losing their punch. Texters throw down five in a row, with abandon, and co-workers live in fear that their emails will be construed as unfriendly if they don’t plop one on the end of nearly everything. And it’s happened before. “In the 19th century, exclamation marks were used all over the place, to the point where magazines satirized them. So there was a reaction against that. Teachers would advise children in school not to use them or to use them very, very sparingly indeed,” Crystal says. “Then as soon as the Internet comes along, and there are no teachers looking over your shoulder, back comes the exclamation mark.”

7. If you want proof that the way we punctuate changes, look no further than the Internet. For a while, Crystal says, it did look as if the punctuation system was going to settle down, that there was enough institutional agreement about how things should be handled. And then those rules totally didn’t carry over to the way we email and text and blog and tweet and post. “You look now at the way punctuation is evolving on the Internet and you see radical differences. For example, in instant messaging, you’ll see sentence after sentence after sentence with no punctuation mark at the end at all. And it isn’t carelessness,” Crystal says. “This is a deliberate attempt foster a kind of lively, geeky, cool exchange, a friendly exchange. In fact, you’ll see people online say that if they put a punctuation mark at the end of a sentence, it immediately makes the sentence look abrupt and rude and almost insulting.”

Suddenly the period is taking on an emotional value that it has never, ever had in the history of English. “The system,” he says, “is still evolving.” 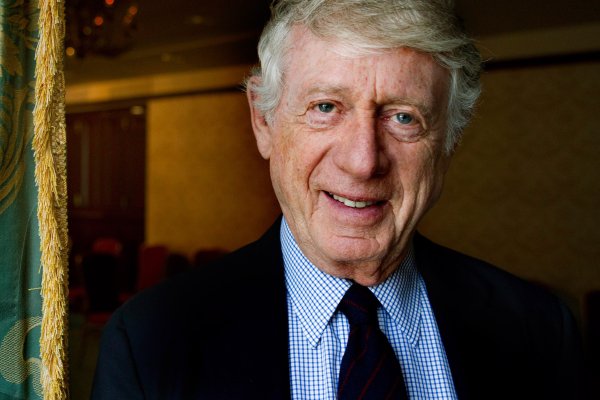 Ted Koppel: Brian Williams 'Has More Than Paid the Price'
Next Up: Editor's Pick