Christian Wiman: The Power of the Word of God Comes From Its Many Meanings

Jesus’ question is general, social, a finger on the pulse of the people, the blab of the pave, as Walt Whitman puts it. You get the sense—I get the sense—Jesus doesn’t quite care. His eyes are elsewhere, skyward.

His next question is sharp, singular, unsparing. You can imagine it cutting poor Peter to the quick. You can almost see Christ— for that’s who he suddenly and searingly is—lowering his dark eyes to Peter’s. Or, if you call yourself a Christian, you can feel those eyes finding that soft rot of doubt at the center of yourself. Who do you say I am?

When I was a child growing up in the mental prisons and wild charisms of West Texas, this crisis of consciousness, this one moment of existential decision, had a tremendous and eternal urgency. Into even the darkest hearts, it was believed, Christ turned those eyes and asked that question. Into even the darkest hearts, there came a chance—maybe just one chance—at everlasting light.

The tough thing, though, was that it didn’t exactly matter what came out of your mouth. It was a closed universe, that town, and everyone said exactly what Peter did—“You are the Christ”— whether or not they believed it in their hearts.

So that’s where the preacher probed on Sundays, saying it was a question that every one of us had to answer for ourselves, or not even for ourselves, since we could deceive ourselves, but for God— who, it seemed, turned his searchlight most intensely into the recesses of those whose imaginations far outstripped their experience. Night after night I lay on the knife edge between heaven and hell while the question grew so savage and demanding and relentless that it wasn’t a question at all: Who do you say I am!

In the tradition of biblical literalism in which I grew up, there was one sin so egregious, so hell-foul and final, that even God could not forgive it. You could not slander the Holy Ghost. Worse than furtive sex at the Sonic, worse than murder, worse, apparently, than the impulses behind the Holocaust and Hiroshima— there was this one betrayal, which might be entirely private.

Of course telling this to a child is like the old game in which you tell him “Don’t think of a polar bear,” and I still remember— still viscerally feel—lying in bed trying with all my might not to slander the Holy Ghost until finally my tongue was touched with an altogether unholy fire: “F— the Holy Ghost!” I whispered into my Tarzan sheets, bracing myself for the onslaught.

The Holy Ghost is the spirit of Christ left behind for humans after Christ ascends to heaven. The worst has happened: God is dead. The best has happened: He is risen. But now, because of some theological logic that theologians have never quite untied, Christ must ascend to heaven and leave us limping once more toward what feels, especially in modern times, suspiciously similar to oblivion. Our consolation prize is the Holy Ghost, which is Jesus’ presence in our hearts, which is sometimes—a latter slander?—damnably inadequate. Who do you say I am? A ghost.

When my great-grandmother died in 1991 at the age of 95, I was living on the outskirts of Prague. I went for a long walk in a forested area near my apartment trying to feel something appropriate to the occasion. I spent a lot of time back then doing that. Trying to feel, I mean.

Everything was white: the birch trees, the fog, the sky, my mind. I thought of my great-grandmother being married away at 14 and hiding under the bed from her hatchet-faced husband; and of the mythic months she spent mute and prone after losing too many people she had loved; and of her making her aching way to the back door, saying, “I guess the good Lord don’t give us more than we can bear,” bearing a tub of candied yams or crushed squash to some family dinner that seemed fraught with finality long before it actually was—when suddenly a branch right above me turned into a huge albino bird that I could not identify.

It was the closest thing to a vision that I have ever had, and I wanted—I needed—to know what that bird was. But every time I drew near, it took off again into the whiteness, until finally, with huge otherworldly wings, it cleared the last line of trees and ghosted the mist over the river, escaping any name I might have given it.

My great-grandmother read the Bible through every year of her adult life. It was, so far as I know, the only book she ever read. Out of the mouth of God, filtered through Hebrew and Greek and Latin, forged by wars and committees and blood feuds so fierce that even monks became butchers over the question of Jesus’ divinity—down, down, down into a little trailer in Texas, there trickles the King’s English (“But whom say ye that I am”) for one old woman to ponder and puzzle over and worketh out her own salvation in fear and trembling. There is something absurd and hopeless about such an effort, to be sure. And heroic. Forget the theologians and the scholars, forget the preachers and the poets: Who do you, Mamie Thrailkill, in your heart of hearts, say I am?

How much of life is living up to a call we’re never quite sure we heard? Peter’s answer is the one that Scripture has him giving immediately—“You are the Christ”—and it is also his adamant denial of Jesus in Jerusalem. It is the church founded on Peter’s name, and it is the immutable muteness that lies within every authoritative statement that every church attempts to make. The truth and the lie. The rock and the rot. There is no answer to Jesus’ question, and yet you must wager everything upon it.

Christian Wiman is the author of numerous books. He teaches at the Yale Institute of Sacred Music. 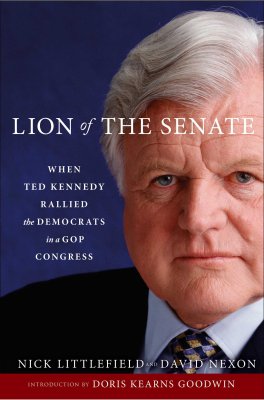 Will Paul Ryan Be the Next Newt Gingrich?
Next Up: Editor's Pick