(L-R) Brian May, John Deacon (standing), Roger Taylor and Freddie Mercury of British rock group Queen at Les Ambassadeurs where they were presented with silver, gold and platinum discs for sales in excess of one million of their hit single 'Bohemian Rhapsody', which was No 1 for 9 weeks, on Sept. 8, 1976 in London
Anwar Hussein—Getty Images
By Lily Rothman

The song “Bohemian Rhapsody”–which was released 40 years ago, Oct. 31, 1975–did not appear destined for the hit parade. It was, in TIME’s words, “a six-minute cut that mingles introspection with Gilbert and Sullivan operatics” by a band with little public profile. Yet it quickly topped the charts in England and propelled Queen on a 21-city U.S. tour.

The critics never saw it coming.

“Unfortunately,” TIME opined, “Queen’s lyrics are not the stuff of sonnets.” The New York Times, reviewing a 1978 appearance at Madison Square Garden came down equally hard: “Lyrically, Queen’s songs manage to be pretentious and irrelevant. Musically, for all the virtuosity—though it was cheating a bit to turn over the complex middle portion of their ‘Bohemian Rhapsody’ to a taped version, with empty stage and flashing lights—the songs still sound mostly pretty empty, all flash and calculation.”

Rolling Stone didn’t mention the song in its review of the album A Night at the Opera (“The Prophet’s Song” got top billing as the best track) but later referred to the song as a “brazen hodgepodge.”

Read more about the rise of Queen, here in the TIME Vault: Hail to Queen 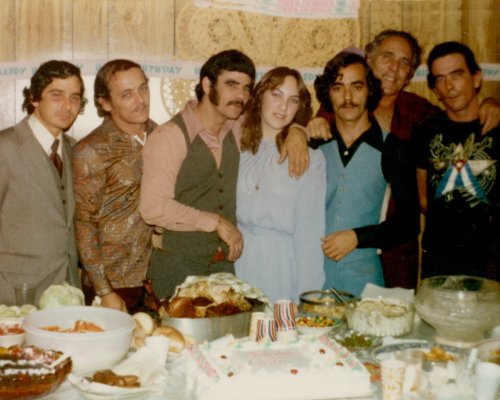 How Cuba's Mariel Boatlift Divided and United One Family
Next Up: Editor's Pick