Gary Hart: When Do the Grown-Ups Take Charge?

The American Flag flies above the White House after President Barack Obama ordered it lowered to half staff in honor of the four Marines and one Sailor killed in Chattanooga, TN in Washington, on July 21, 2015.
Samuel Corum—Anadolu Agency/Getty Images
Ideas
By Gary Hart

Conventional wisdom about seeking the presidency no longer works. Traditionally, according to the Constitution, presidents have three jobs: prioritizing public spending (the economy); managing our foreign policy as head of state; and protecting the nation as commander-in-chief. Perhaps naively, I have always believed one should qualify oneself in each of these arenas before seeking the presidency. The age of Roosevelt in the first half of the 20th century, and the Cold War in the second half, profoundly increased presidential responsibility and accountability.

Then came globalization and the information revolution toward the end of the previous century, and governance became even more complicated. One would think the increased complexity of the job would have narrowed the field of applicants to the most experienced and qualified statesmen and women.

Not so. Counterintuitively, public opinion now seems to support the idea that virtually anyone can be president, experienced or not. And, in fact, a notable segment of the electorate seems to believe the less government experience a candidate has, the better. If your goal is to eliminate government, don’t put someone in charge who may actually know what he or she is doing.

Anti-government sentiment is not new in American history. Richard Hofstadter (The Paranoid Style in American Politics) documented its persistent recurrence many years ago. Markets are up, the economy is expanding, we are not at war, at least in traditional terms, and yet there is widespread unhappiness, even anger. Some think consumption-based capitalism has proved spiritually hollow. Others blame corruption in government. Still others blame “liberals” for all their woes, real or imagined. And so it goes.

There is a struggle between conservatives and ultra-conservatives in one party and between moderates and liberals in another. On top of this perpetual left-right taffy pull is the even more important generational tussle. Governor Martin O’Malley notes that Vice President Joseph Biden’s generation is already well-represented in the contest on the Democratic side, while next-generation Republicans turn their backs on yet another Bush.

All of this confuses foreign observers who follow U.S. politics closely and who long for maturity, confidence, thoughtfulness and leadership from our nation but find those qualities lacking or in retreat.

A considerable number of us choose to believe we will wake up tomorrow and a missing degree of sanity and maturity will have been restored and the grown-ups will have returned to manage our complex government. It is really not too much to hope for. But, for the time being at least, the grown-ups are on the sidelines, disdaining to participate in a process characterized by ritual hazing, character assault, money-grubbing, partisan talking points and teleprompters, bitter ideologues, highly paid consultants and “strategists” (who may or may not have any notion of what they are talking about on television), and more fund-raising from favored billionaires.

In the meantime, like it or not, we will have and must have a national government. It will keep most of our vital national programs running, including payment of social security and medical benefits to those who refuse to believe they are government programs, it will provide the structural underpinnings that keep our economy running, and it will keep us safe. And it will do so despite a dysfunctional Congress. At least, we hope. 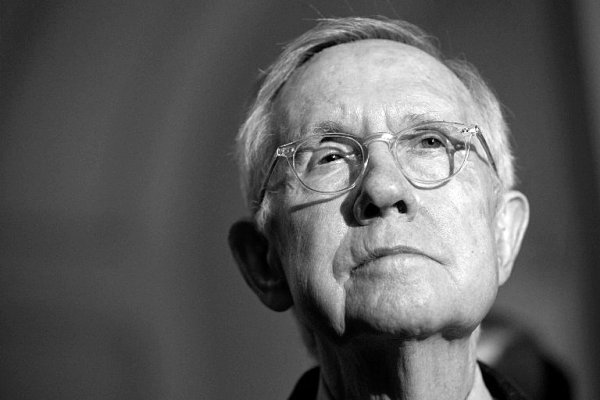 Why I Support Paul Ryan as Speaker
Next Up: Editor's Pick