Kaci Hickox gives a statement to the media in front of her home on October 31, 2014 in Fort Kent, Maine.
Spencer Platt—Getty Images
By Tessa Berenson

Kaci Hickox, the nurse who was quarantined in New Jersey in 2014 over concerns she had Ebola, will file a federal lawsuit over her confinement.

The suit is due to be announced Thursday, according to the American Civil Liberties Union of New Jersey. The statement by the New Jersey ACLU, which joins Hickox as one of the filers of the suit, says the nurse was “illegally detained and quarantined” and “held against her will for more than three days, first at the airport and then later at University Hospital, despite having no fever and a negative blood test for the virus.”

At the time of Hickox’s quarantine in October 2014, she clashed with New Jersey Gov. Chris Christie, who defended his state’s strict quarantine rule. “The members of the American public believe it is common sense, and we are not moving an inch,” Christie said at the time.

Correction: The original version of this story misstated the day Hickox would be announcing her lawsuit. It is planned for Oct. 22, 2015. 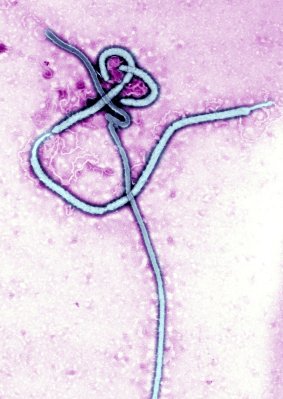 2 New Ebola Cases Reported in Guinea
Next Up: Editor's Pick