The death of Corey Jones, a church band member in Florida who was killed after being shot by a plainclothes police officer, is the latest incident involving the death of a black man at the hands of police to gain national attention.

In a press conference on Thursday, Benjamin Crump—a lawyer acting on behalf of Jones’ family who also represented relatives of Trayvon Martin—said that Jones was found 80 to 100 feet away from his vehicle, suggesting that Jones at one point ran from the officer.

Investigators found a gun at the scene that matched a box discovered in Jones’ car, and his family members said he was licensed to carry a handgun. The family has said they believe Jones may have been startled by Raja and feared that he was being robbed, but Jones apparently did not fire at the officer.

The family’s lawyers also said that Raja didn’t show his badge during the confrontation and shot Jones six times, hitting him three times.

Jones, 31, had no criminal record and was a drummer in a church band in Florida. His brother is former NFL wide receiver C.J. Jones.

So far, no video of the encounter has emerged, and it appears unlikely any was taken. The Palm Beach Gardens police are not equipped with dashboard cameras or body cams, according to the Associated Press.

The Palm Beach County Sheriff’s office is currently investigating the incident, and Florida Gov. Rick Scott is allowing the Florida Department of Law Enforcement to assist in the probe, according to NBC 6, a South Florida news outlet. 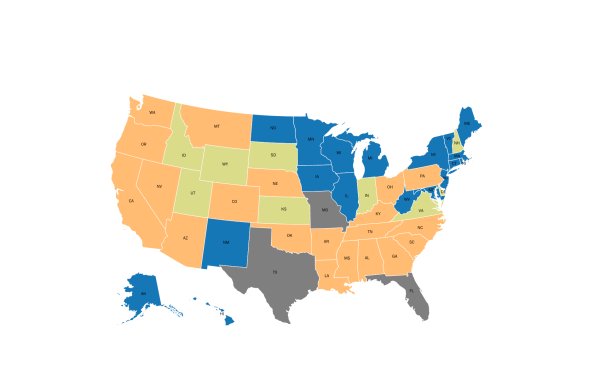 This Map Shows Why Capital Punishment Is Declining in America
Next Up: Editor's Pick