By Hannah Beech / Wuhan
Fan Yue, left, and Ji Yingnan, right, are seen in a selfie taken on the Great Wall of China. Ji released images online after realizing Fan was married.
Courtesy of Ji Yingnan

Valentine’s Day 2012: There were red roses and pink balloons, sweetmeats molded into hearts and fireworks that shattered the icy Beijing air. The young woman had wrapped herself in a big white fur. Underneath was a very little black dress. The man, his hair slicked across his pate, wore glasses, a sweater and slacks. They embraced and partnered for a kiss caught on camera. As the pair strolled into a courtyard arm in arm, two rows of restaurant staff bowed in unison. “It was a fairy-tale night,” recalls Ji Yingnan, 15 years the man’s junior. “I felt like the most special woman in the world.”

Ji and the man, Fan Yue, were enthusiastic adopters of the selfie. Here they appear in a bubble bath, there they are after he sated her with one of many luxury shopping expeditions. (Prada! Swarovski jewelry! A $110,000 silver Audi!) A deputy director at China’s State Archives Administration—a high-ranking­ civil servant—Fan had a wife and a child. Ji, a doll-faced TV anchor for a travel and entertainment network, was not that wife. She was his mistress—something that in today’s China has become a practically indispensable accessory of male accomplishment. “Not every Chinese man can take a mistress because it requires money,” says Jieyu Liu, the deputy director of the China Institute at the School of Oriental and African Studies (SOAS) in London. “But once you are rich and powerful, a beautiful young mistress becomes the ultimate status symbol.”

China’s burgeoning mistress culture shows just how much a once straitlaced socialist nation has loosened up. But the prevalence of such relationships also embodies how commodified—and often devalued—Chinese women have become in a society riven by corruption. While Chinese entrepreneurs are notorious­ for showing up at business functions with their paramours, it is the extramarital dalliances of government officials like Fan that is most troubling for the ruling Chinese Communist Party (CCP). A study by Renmin University researchers in Beijing found that 95% of top Chinese government officials who were detained for corruption in 2012 had extramarital affairs; the downfall of 60% of those officials was linked to their mistress habits. (Such liaisons, which “result in adverse effects,” say the authorities, contravene party rules: Section 14, Serious Violations of Socialist Ethics, to be exact.)

After Ji reported Fan to his ­superiors—she says she did not know he was married until the end of their four-year relationship—he lost his government job. But Ji says it’s still not clear where he got the $1.6 million she estimates he lavished on her. (A Chinese civil servant is not paid extravagantly; even President Xi Jinping’s official salary is around $20,000 a year.) “Officials are more prone to have mistresses because they control power and money,” says Li Yinhe, one of China’s top sociologists, who has studied gender relations for decades. “Although ordinary people have affairs, officials set a bad example for the whole society because they are considered so successful in China.”

Since taking office three years ago, President Xi has overseen a massive anti­corruption campaign that has netted tens of thousands of wayward communist cadres and the crooked businesspeople who nourished them. The crusade, which has conveniently removed some of Xi’s rivals from positions of power, is offered as proof that the CCP knows internal rot can no longer be ignored. Xi has warned that “corruption could kill the party and ruin the country.” Yet all too often, in order to explain what has led so many cadres astray, the CCP has justified their actions as a kind of casus bella: given how expensive and demanding mistresses are, it’s almost understandable that officials have bilked the government out of billions of dollars. Thus the blame shifts conveniently from the Communist Party to a female third party. “Chinese history, which is, of course, written by men, is filled with examples of women who make emperors do bad things or cause all sorts of trouble,” says SOAS’s Liu. “The greedy mistress as the enemy of the people has a long tradition in China.”

The roll call of disgraced officials is long and distinguished. Highlights from the past few years, according to state media, include former Railway Minister Liu Zhijun (18 mistresses, including an actress, a nurse and, naturally, given his portfolio, a train attendant), Ya’an city party chief Xu Mengjia (30 mistresses) and Shanghai railway bureau director Long Jing (47 mistresses). Former security czar Zhou Yongkang and ex-Chongqing­ party chief Bo Xilai, the highest-ranking officials to have fallen in recent times, were condemned for having had affairs, among many other sins. The mistresses themselves have, on occasion, been convicted too. In July, Luo Fei, an ex-singer who was the mistress of yet another errant railway official, lost her appeal of a five-year jail sentence for accepting bribes.

Mistresses are hardly an exclusively Chinese political phenomenon. A U.S. President was impeached for lying about his affair in the Oval Office; French leaders hid second families. But the way in which power and sex now intersect in China reflects both the country’s ancient customs—the keeping of concubines was common in imperial times—as well as the diminishment of more recent socialist values that promoted gender equality. Under Mao Zedong, who famously proclaimed that “women hold up half the sky,” the People’s Republic was a place where both sexes wore baggy, decidedly unbecoming Mao suits. Even if the reality didn’t always match the propaganda, women were encouraged to become doctors, chemists or nuclear physicists. Mistress was not a recommended career choice.

Even as China has gotten richer—growth that both sexes have enjoyed—its gender income gap has widened. In 1990, urban Chinese women made 78% of what men did, roughly the same as in the U.S. Two decades later, they made only 67% of what men did. Rural women fared even worse, their wages declining from 79% to 56% of men’s incomes during the same time period. Many Chinese business relationships today are polished not in the boardroom but in karaoke dens or massage parlors. If women are on the scene, they tend to appear in the form of mistress or prostitute. “Women in China overall have lost power relative to men since the onset of market reforms,” says Leta Hong Fincher, a sociologist whose book, Leftover Women: The Resurgence of Gender Inequality in China, was published last year. “The anticorruption campaign may lead temporarily to a decrease in reports about married men having affairs with unmarried women, but it will not address the fundamental, economic disenfranchisement of women.”

Zhang Erjiang doesn’t know exactly when his moral compass began to falter. The son of a decorated military officer, he grew up believing that government work was the preserve of individuals who personified China’s socialist ideals. By the end, when Zhang was sentenced in 2002 to 18 years in jail for bribery and venality, the former CCP chief of a city in central Hubei province had, by his own reckoning, kept more than 10 mistresses. (State media credits him with a more generous 107 mistresses.) Released from prison in 2010 for good behavior, Zhang now runs a bamboo-paneled tea salon in the Hubei city of Wuhan, where he hosts scholarly discussions about Confucian ethics and ancient philosophers. “China has lost its values and morality,” he says, pouring fragrant tea for his guests. “The West has a base of Christian values below which people should not go, but in China we have no minimum standard.”

From their side, Chinese women can be blunt about what they require in a potential mate: no apartment, no marriage proposal. The terms of trade are clear: the woman’s capital is her body (preferably with ankles so delicate a man’s fingers can encircle them), the man’s his money. “Relationships in China are transactions,” says Zhang, who is now divorced and estranged from his family. “Men have the power, and women have the beauty.” Mistresses are party to an even more unequal treaty. “The rise of mistresses means that the status of women has declined over the past few decades,” says Chinese sociologist Li. “Mistresses are affiliated to men, they are dependent on their lovers.”

Liang Manli shouldn’t have been dependent. She had gone to a good university, majoring in law, and was studying for the bar exam. Her tutor was a professor who offered extra lessons. The lessons never materialized but the sex did. (She passed the bar on the second try.) For seven years, Liang was his mistress, living in a five-bedroom apartment he provided in the port city of Tianjin. With the professor spending around $50,000 a year on her, she didn’t need to work. Their affair ended two years ago, when a woman called Liang to inform her that the professor and she had just had a baby. The other woman was trumped by another other woman. “If you don’t have any money or connections, you can’t get anywhere in China these days,” Liang says. “People need to survive, and women can exchange their bodies for money.”

Liang did have options. She had a law degree. Ji, whose lover worked for the state archives, also had a good job as a TV anchor. But in a country where even the state-run media dismisses an unmarried female over 27 as a “leftover woman,” the pressure to settle down is intense. The All-China Women’s Federation, an influential ­government-funded organization, has advised against women pursuing advanced degrees. “These girls hope to further their education in order to increase their competitiveness,” admonished a federation online article. “The tragedy is, they don’t realize that as women age, they are worth less and less. So by the time they get their M.A. or Ph.D., they are already old, like yellowed pearls.” Both Liang and Ji say they hoped to marry their lovers—naive, perhaps, but no less real a desire.

For Ji’s part, her discovery that Fan had been married during their relationship spurred her to post images of their lives together online. The videos and photos of her opulent lifestyle, courtesy of a high-ranking bureaucrat, went viral. While some admired her for speaking out, the People’s Daily castigated Ji along with other mistresses who had exposed their government-worker lovers. “Mistresses are led by fallings out with corrupt officials to denounce them,” the editorial said. “At the root of the issue, both their motives are the same—to satisfy each other’s greed.”

Ji, though, is unrepentant. “What happened to me reflects the illness of the whole Chinese society,” she says. “People say, ‘Don’t criticize the motherland.’ But if the motherland is sick, we need to speak up and give it medicine. Otherwise, it will die.” —With reporting by Gu Yongqiang / Beijing 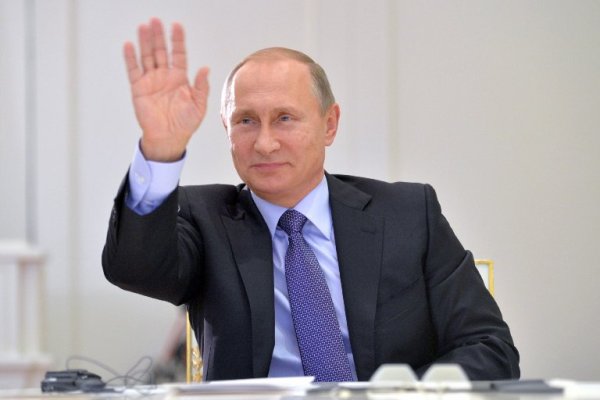 Putin's Approval Rating at Record Highs After Syria Strikes
Next Up: Editor's Pick