Walmart is the world’s largest retailer. It is also the biggest canary in the coal mine that is the global economy. And when that bird tweets, it has consequences.

Consider Walmart’s Oct. 14 announcement of a profit dip and lackluster sales, which was followed by the steepest plunge in 27 years in the Bentonville, Ark.–based firm’s stock. In some ways, Walmart’s woes are all its own. The behemoth has been especially slow to embrace e-commerce, losing market share to Amazon, among other retailers. But in more important ways, Walmart’s slump speaks to fundamental trends in the global economy right now–stagnant wages, technological disruption, a slowing China and low commodities prices. All of these forces are coagulating in a disinflationary stew that is making it tougher for all companies, and thus the economy as a whole, to grow.

Inflation, not deflation, is usually the economic term that gets economists anxious. That’s because when prices rise, purchasing power declines and life gets harder for most people. Seven years after the financial crisis, with trillions of dollars having been poured into the global economy by central bankers, you’d expect there to be more growth and inflation. But inflation in the real economy is barely above zero–and that’s the problem. Too little inflation is a sign of a weak economy. That is exactly what recent statistics tell us we still have: the September jobs report was disappointing, and wage growth continues to be meager. In such a disinflationary environment, companies can’t raise prices and consumers–who rightly believe that goods may be cheaper tomorrow than they are today–wait to make their purchases. And that slows growth all around.

Walmart is in a particularly tough spot because it recently made some important decisions predicated on more inflation rather than less. In February, the company made the highly publicized move to raise wages by $1 an hour and spend more on training. Management also said it would invest more in its e-commerce operation. Both are needed. Analysts like Michael Lasser at UBS say that poorly trained, and deployed, labor is one reason Walmart sales have declined. “If a consumer takes the time to go to a [physical] store these days and has a poor experience, it’s just very easy for them to go elsewhere,” he says.

But these decisions were made when consumer confidence was rising and the outlook for the economy was brighter. Since then, the Gallup U.S. Economic Confidence Index has plunged and economists have revised growth expectations downward. Meanwhile, Walmart’s push to improve e-commerce is a reminder of the disruptive effect that technology has been having across the economy as a whole.

Amazon, for example, is well known for grabbing market share by giving up profit margin. That’s another way of saying keeping prices low. That’s only the most visible example of how technology has been further driving down the price of almost every variety of goods and services. While antiquated government data-tracking methods more suited to the age of rotary phones make it impossible to quantify the precise price effect of technology, it’s a safe bet that the overall impact is not inflationary. In any case, tech’s relationship with prices is something that has begun keeping everyone from top economists to executives like Google’s Larry Page up at night.

All this disruption is coming at a time when most of the other factors in the global economy favor disinflation as well. The slowing economy in China means that policymakers there will likely let its currency drop in value further, adding downward price pressure to the cost of both labor and exports. And when China and other emerging markets tap their brakes, they put downward pressure on commodities. That can have some benefit for consumers in the form of lower gas prices but makes it tougher for firms like Walmart to turn a profit. “We’ve seen some pretty big deflationary headwinds in areas like food, which means we couldn’t make any price hikes this year, and that has affected [sales],” says Walmart spokesman Randy Hargrove. “We expect that trend to continue through 2016.”

The problem for consumers in the U.S., and many others around the world, is that lower food and gas prices don’t make up for virtually flat wages. Walmart’s real problem, one that is shared by the economy at large, is that even at this point in the recovery, consumers simply don’t have more money to spend. If the fortunes of the world’s largest retailer are an indication, that won’t change anytime soon. 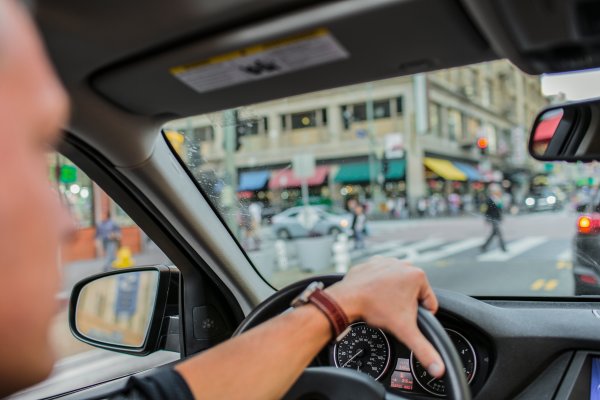 The Case Against Full-Time Employees
Next Up: Editor's Pick