When my youngest daughter was about 6, she pulled on her little black peacoat and her shiny black patent-leather shoes and headed for the door. I asked her to wait up and handed her an umbrella. She looked down at it and then at me as if I’d given her a bag of rocks. “It’s like you don’t know me at all,” she said, shaking her head. At first I laughed, at the way she said it. But ah, yes, the umbrella was light blue and white. She was wearing black and red. Never mind that it really was raining–I’d almost wrecked her whole ensemble.

It certainly wasn’t the first time this kid had found my judgment lacking. There was the time I didn’t think it was a good idea for her to wear a long magenta scarf on the slide. But the umbrella incident was when I knew my time as wardrobe chief was over. There comes a time in every daughter’s life when whatever her mother chooses is absolutely, horribly awful. Eventually they all turn, and it is a sad day. Because the dirty secret of being the mother of little girls is that we kind of like dressing them up.

I will confess to making my daughters wear matching Easter outfits and taking pictures of them on the beach every year until dresses became uncool in my home. (Another sad day.) I said it was only to make their grandmother happy, but I was lying. And I’m pretty sure the memory of how glorious those girls looked in their tiny toddler jackets and adorable hats was the only thing that kept me from losing it during their tween years.

Let’s face it, the temptation to make our daughters into our idea of who we think they should be is powerful. They look good in everything! And everyone exclaims over what little girls wear, so there’s a whole reward system. You can put them in minuscule jeans with a plaid shirt and a bow in their hair. Or how about pink faux Doc Martens and a calico dress?

But here’s the other little dark truth of this matter: dressing them up and basking in the compliments you get walking around is also a lesson for young girls that they are judged first on what they wear and how they look in it.

Thanks to school dress codes, my younger daughter is starting to understand that, and she doesn’t like it. Neither do her peers. In fact, there’s a bit of a rebellion going on across the country. Teen and tween girls have had it with being singled out for wearing tank tops or short skirts and then being marched off to the office because they’re “distracting” the boys.

This generation is not going quietly into those smelly gym-shirt cover-ups. There’s a high school girl in Orange County, California, who has a 4.0 grade point average and is challenging administrators who said her shirt was too low-cut. Her petition accusing them of violating her First Amendment rights has almost 9,000 signatures. Another girl, in Virginia, said it was sexist to label what she was wearing unprofessional and then force her to wear “dress code” sweatshirt and pants. What’s professional about sweatshirts? she asked. (Good point, unless you’re Mark Zuckerberg.)

The idea that a tank top is too revealing seems ludicrous to many millennials and teens in an era when women are taking to the streets to “free the nipple” (go topless) or, at the very least, protest catcalling and slut shaming.

So those who’ve ever tried to tell a fierce 21st century teenager what to wear should know that the arc of history is bending against them. But if those cranky teachers win, I want to know how. I’m all for the Constitution and a woman’s right to choose what she wears, but I’m having some trouble applying my principles to my actual daughters.

Because there is no pang of angst like the one you get when you see your 14-year-old wearing something that violates all the dress codes you have in your head for her. And there’s no argument like the one you’ll have if you try to tell her to go and change.

“Why?” she’ll say. “Because that’s … inappropriate.” “Why?” she’ll ask again. How do you possibly tell her, It’s because you, my little girl, you look too sexy, too grownup–without shaming her or making her feel vulnerable. So maybe you make up something like, It’ll be cold in the air-conditioning, so take this cardigan. And maybe she’ll look at it like it’s an ugly umbrella. If you’re lucky, she’ll stuff it into her bag just to humor you. Either way, you have let her walk out the door and navigate that line on her own while you wait and worry. Consider it payback for all those hats you put on her before she had a say in the matter. 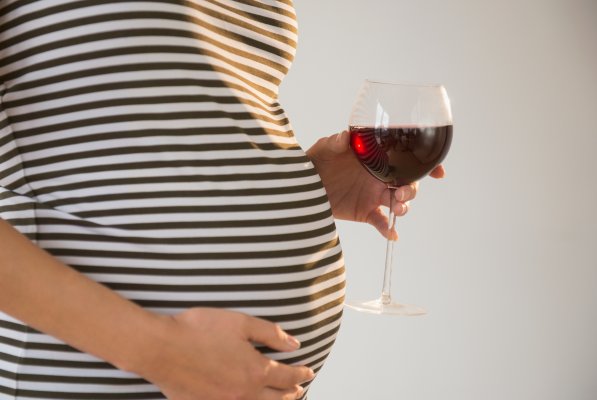 'No Alcohol' During Pregnancy Is Just Another Shame Battle in the Mommy Wars
Next Up: Editor's Pick