Old-school Bill Murray, deadpan and gonzo, spices up the amiable mess that is Rock the Kasbah. That’s both a saving grace and a curse. Because while Murray and his laid-back riffs anchor this oil spill of a story, he needs a more tangible movie to latch onto, and all he gets is a mirage.

Murray plays Richie Lanz, a burned-out music manager way past his ’70s prime, working out of a ratty motel in Van Nuys. While watching his assistant Ronnie (Zooey Deschanel) belt out tunes in a bar, Richie meets a guy booking USO tours. But when he and Ronnie arrive in Afghanistan, she’s freaked by the bombs and body armor, and flees, leaving cash-strapped Richie with no lifelines but a sympathetic mercenary (Bruce Willis) and a golden-hearted expat hooker (Kate Hudson).

Tagging along on a gun-running adventure, Richie hears Salima (Leem Lubany), a tribal chief’s daughter, secretly singing Cat Stevens songs, and his talent-agent antennae vibrate. He scores Salima a slot on Afghan Star–that country’s American Idol–despite the dangers it presents, including branding her an infidel.

Lubany, lovely and fierce, is given little to do despite the fact that her character–an echo of Setara Hussainzada, who received death threats after her headscarf slipped as she sang on the real-life Afghan Star–is the film’s conscience. Director Barry Levinson’s still-biting 1997 satire Wag the Dog mixed a similar stew of pop and politics, but Kasbah, despite Murray’s comic savvy, is mortally scattershot. Its music-industry gags sit awkwardly next to war-zone jokes and cultural quips, landing all involved on a peace train to nowhere. 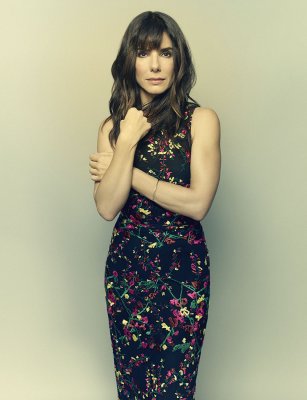 Women Flip the Script on Hollywood
Next Up: Editor's Pick