Niger soldiers ride in a military vehicle on May 25, 2015 in Malam Fatori, in northern Nigeria, near the border with Nige.
Issouf Sanogo—AFP/Getty Images
By Nash Jenkins

The assault is a rare victory against Boko Haram, the Islamist terrorist group that over the past six years has claimed over 20,000 lives in Nigeria and neighboring countries. The Nigerian military has pledged to subdue the extremists, assembling with Niger, Chad, and Cameroon a transnational task force of nearly 9,000 soldiers to fight them.

Civilians who participated in Tuesday night’s assault said they acted on intelligence that Boko Haram was planning a major attack, but failed to disclose additional details. One fighter told the Associated Press that they successfully raided the group’s arsenal of guns and explosives.

Another military offensive on Wednesday against a Boko Haram base in Nganzai district — about 100 miles north of Tuesday night’s assault and 43 north of the state capital of Maiduguri — was a pyrrhic victory. A group of militants fleeing the assault opened fire on four vehicles as they escaped, killing the 20 people in those cars before setting the cars ablaze. They then looted and burned a nearby village. 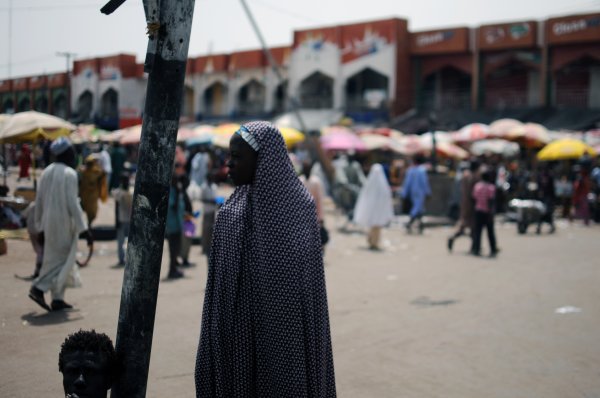