Harry Reid: Why I Support Paul Ryan as Speaker

On Tuesday, I surprised some of my progressive friends by calling Congressman Paul Ryan “reasonable.” After I made my comments, my office was contacted by a number of progressive allies and fellow Democrats demanding to know why I would ever say nice things about a man who is launching the most sustained and aggressive attack on Medicare, Medicaid and Social Security in recent history.

The reason is simple: Democrats need responsible Republican negotiating partners if, together, we are going to avoid the twin challenges facing us in the coming weeks: avoiding the first-ever default of the full faith and credit of the U.S., and preventing another government shutdown.

Two years ago on the Senate floor, I called the far-right wing of the Republican Party “anarchists.” Since then, this faction has forced the first government shutdown in two decades and a near-shutdown of the Department of Homeland Security. In the past few weeks, they deposed Speaker John Boehner, a fundamentally decent man who committed what the far-right views as the unpardonable sin of occasionally seeking compromise with me and my fellow Democrats. Days later, the far-right faction prevented an orderly succession by forcing Congressman McCarthy to drop out of the Speaker race, apparently because of his moderate sensibilities.

Recent events may have justified my characterization, but that is cold comfort given the threats that loom before us in the coming weeks.

Avoiding the self-inflicted wounds of default and a government shutdown is of paramount importance for Congressional leaders. Despite our extensive ideological differences, I believe Congressman Ryan is the best Republican candidate for Speaker because he is the only House Republican with the political capital, stature and ability to forge compromise necessary to restore a basic modicum of order, and work with Democrats to avoid default and avoid another shutdown.

Defaulting on our credit would decimate the retirement plans of millions of Americans and throw our economy into chaos. Indeed, nonpartisan authorities agree that the entire global economic system could suffer a severe downturn. In 2011, during the last debt ceiling crisis, America’s credit rating was downgraded simply because we came too close to the deadline. This is extremely serious business.

To my progressive allies, rest assured: I will continue to oppose Congressman Ryan’s plans to privatize Medicare and slash Social Security with every fiber of my being. I have said the Ryan budget would lead to a “Koch-topia,” and I believe that to be more true now than ever before. We must protect Social Security, Medicare, Medicaid and the social safety net that helps millions of Americans get back onto their feet. I am not under the illusion that Congressman Ryan will abandon his aggressive campaign against Social Security and Medicare once he is Speaker, but I know that I have the full support of my caucus in saying that we will continue to stand strong, engage this fight to the fullest and make sure the American people understand the stakes in the coming months and years.

But right now, the stakes are too high to let the far-right faction run the House. While I strongly oppose Congressman Ryan’s stance on the vast majority of issues, I supported the Murray-Ryan budget compromise, because it lifted the draconian sequester cuts and enabled us to avoid government shutdowns for the past two years. Congressman Ryan has also spoken positively about the need for comprehensive immigration reform, which strong majorities of Americans know is the only way to fix our broken immigration system. And in the midst of the Great Recession, Congressman Ryan worked with me and my fellow Democrats to pass the auto bailout and save our financial system from collapse.

I have heard some make the argument that even Congressman Ryan will be unable to fix the problems that bedevil Republicans, and which render them unable to govern responsibly. As two respected scholars, Norm Ornstein of the American Enterprise Institute and Thomas Mann of Brookings, have written: “The Republican Party has become an insurgent outlier – ideologically extreme; contemptuous of the inherited social and economic policy regime; scornful of compromise; unpersuaded by conventional understanding of facts, evidence and science; and dismissive of the legitimacy of its political opposition.”

Maybe the problems are too deep to be resolved any time soon. But with the stakes as high as they are, we as leaders owe it to the people we represent to pursue the most responsible path. Now is the time to take steps toward rebuilding a system where “compromise” is no longer considered a dirty word, and where Republicans and Democrats can call each other “reasonable” in public without sparking an outcry. 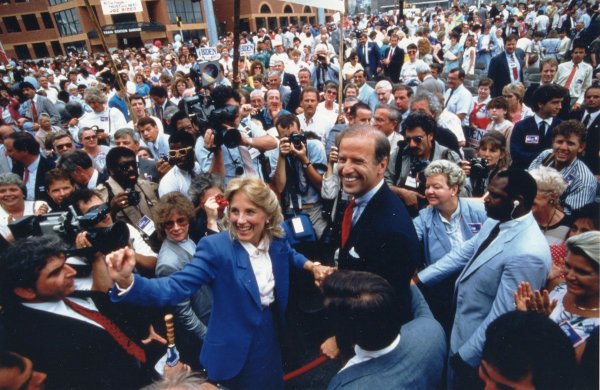 This Is What Happened the First Time Joe Biden Did Run for President
Next Up: Editor's Pick