Canada Issues a DeLorean Recall for Back to the Future Day

It’s Back to the Future day, and the Canadian government has decided to get in on the fun.

In honor of the pop culture holiday, Canada has released an official recall notice on the DMC-12 model DeLorean, Doc Brown’s famous time traveling vehicle from the 1980s movie series, faulting a problem with the car’s time travel abilities.

“On a certain DMC-12 car converted into a time machine, a defect in the flux capacitor could lead to inability to travel through time while travelling at 88 miles per hour (141.6 km/h) and may increase energy consumption beyond 1.21 gigawatts,” the release reads, referencing the speed at which the movies’ DeLorean can travel to the future. “This could have disastrous consequences.”

Before you send your own time traveling DeLorean back to the manufacturer, however, make sure to read Canada’s update to the recall: “Correction: Doc Brown will affect repairs.”

Andrea Moritz, manager of media relations with Ottawa-based Transport Canada which released the recall, said that this isn’t the first time the division has timed a recall or notice with a theme, pointing to Santa Claus news releases.

“We always try to have some tweets that are topical and in line with something that’s trending and informative,” she told TIME. “When the team was brainstorming, we thought it would be fun.”

The response to the recall has been “overwhelmingly positive,” Moritz said. “People think it’s funny and appreciate that the government has a sense of humor.” 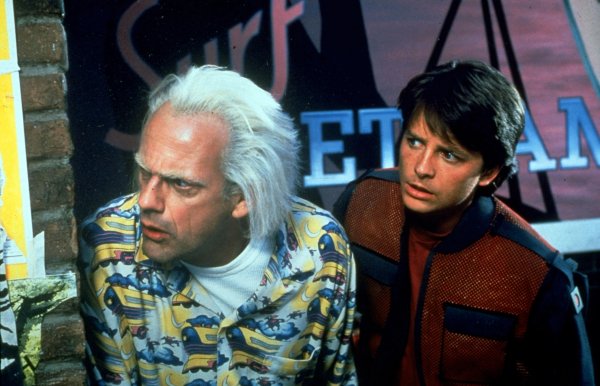 Michigan State Police Celebrated Back to the Future Day In the Best Way Possible
Next Up: Editor's Pick