Billionaire investor Carl Icahn is seeding a new super PAC with $150 million to lobby Congress to pass a repatriation tax holiday and other corporate tax reforms.

The founder of Icahn Enterprises sent a letter to key congressional leaders calling for corporate tax reform that he says would keep many big businesses from leaving the United States.

At issue are so-called tax inversions, in which U.S. firms merge with foreign companies to avoid paying taxes, such as when Burger King announced in 2014 that it would buy Canadian coffee-and-doughnut chain Tim Hortons and locate the new combined corporate headquarters in Canada.

“If this exodus is allowed to accelerate, there will be disastrous consequences for our already fragile economy, as well as meaningful and unnecessary job losses,” Icahn argued in his letter to Congress. “Foundational American companies, such as Pfizer, Walgreens, Monsanto, Omnicom, etc., have been reported publicly to be considering corporate “inversions” and currently many others are planning the same behind closed doors.”

He goes on to say that not passing corporate tax reform as part of the upcoming highway bill would be “recorded in history as a greater blunder than ‘Custer’s Last Stand.'”

President Obama has heavily criticized these moves, calling the companies “corporate deserters,” but any tax reform proposal is dead on Capitol Hill due to legislative gridlock.

In two tweets Tuesday, Icahn cast his lobbying effort as a way to “end the crippling dysfunction in Congress.” Though the letter laments that more fiscal stimulus can’t be passed and argues the Federal Reserve should not have kept interest rates this low as long as it has, it takes no other stands on issues before Congress.

In the letter and a recent interview with TIME, Icahn argued that money generated by a repatriation tax holiday—which he puts at around $200 billion—could be spent on improving infrastructure such as roads and bridges.

Read More: What Carl Icahn Would Do As Treasury Secretary 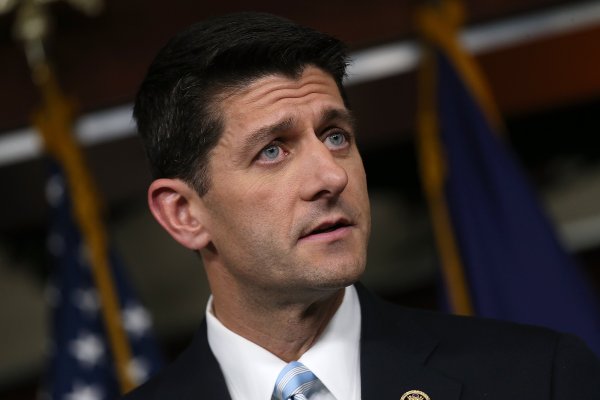 Read Paul Ryan's Full Statement on His Conditions for Serving as House Speaker
Next Up: Editor's Pick