Jimmy Butler of the Chicago Bulls on May 14, in Chicago.
Jesse D. Garrabrant—NBAE/Getty Images
By Alex Heigl / People

“Don’t look back,” Bob Dylan once sang in “She Belongs to Me.” (And then again in “Pressing On,” from Saved, but we don’t really talk about that album.)

So maybe the Chicago Bulls‘ Jimmy Butler is just a reaaaaaally big fan of Bringing It All Back Home.

Butler, who had a standout season last year that saw him average 20 points per game, make the All-Star Game and win Most Improved Player, was recently signed to a five-year, $95 million contract. And now, he’s not looking back.

To ensure his dedication to that mantra, Butler told Chicago Magazine‘s Bryan Smith that he removed the rearview mirror from his car. (Yes, he actually did that, Smith underscores.)

“It’s because I don’t ever want [the past] to define me,” Butler said. “I hated it whenever it came up because that’s all anybody ever wanted to talk about.”

“Like, that hasn’t gotten me to where I am today. I’m a great basketball player because of my work. I’m a good basketball player because of the people I have around me. And if I continue to be stuck in the past, then I won’t get any better. I won’t change, I’ll get stuck as that kid. That’s not who I am. I’m so far ahead of that. I don’t hold grudges. I still talk to my family. My mom. My father. We love each other. That’s never going to change.”

(Butler could be forgiven for refusing to discuss his past. His father wasn’t around for his son’s youth, and Butler’s mother kicked him out of the house at 13 with the words, “I don’t like to the look of you. You gotta go.” He was later taken in by a high school teammate’s family.)

His upbringing does, however, make for one exception to his “don’t look back” rule. Whenever Butler or his roommates go to the grocery store, they pay the bill of the person in line behind them. “I don’t care how many groceries they have. It could be a 99-cent ice-cream cone or a $2,000 grocery bill,” he said. “We have been so blessed. It’s fun.”

Just as long as you don’t tailgate him while you’re on your way out of the parking lot. 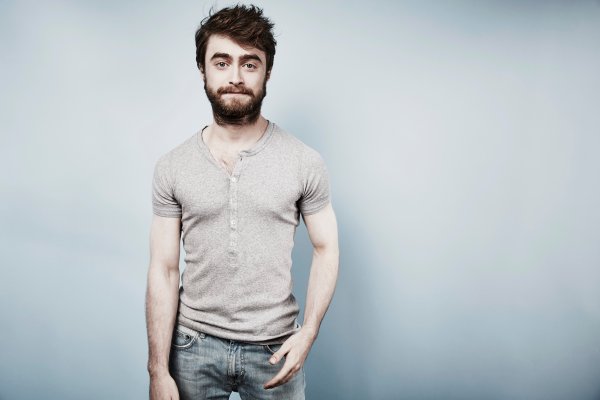 What We Learned From Daniel Radcliffe's Playboy Interview
Next Up: Editor's Pick