Young Elephant Sets Off On A 1,300-Mile Quest To Find A Mate

Kandula, a young male Asian Elephant, has spent his entire life at the Smithsonian National Zoo. But around 1 p.m. on Tuesday, the 13-year-old animal got into a flatbed tractor-trailer and left his Washington, D.C., home to begin his 1,300-mile quest to find a mate. Kandula is being shipped to the Oklahoma City Zoo, where zoo keepers hope he will be able to breed with a female elephant that isn’t related to him.

While Kandula’s exit comes at a time when the National Zoo has been trying to build their elephant herd, he shares too many genes with the zoo’s breeding-age female for them to be able to mate, according to The Washington Post.

The 7,300-pound elephant is a favorite of zoo workers and will be dearly missed. Brandie Smith, the zoo’s associate director for animal sciences, said that while it was a difficult decision to send Kandula away, she knows it was the right one.

But his departure won’t change how those close to the great beast feel about him.

“Love of my life,” long-term elephant keeper Debbie Flinkman said about Kandula. “I love that kid so much.” 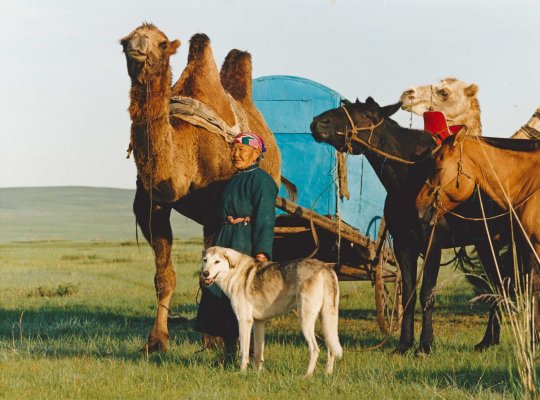 Dogs May Have Come From Central Asia
Next Up: Editor's Pick