Fandango issued the first glimpse of ticket sales data for the hugely anticipated film. Fandango’s online traffic surged to seven times its typical peak levels, according the company, and pushed advance sales for The Force Awakens to a record-setting first day of pre-sales.

“For Star Wars, we have already sold eight times as many tickets as we did on the first day of sales for the previous record holder,” the company said.

The previous first-day sales record was held by 2012’s The Hunger Games.

“This is an extraordinary time for the industry, which experienced unprecedented ticketing demand last night,” Fandango said. “Movie theaters are continually adding new show times on Fandango to meet the phenomenal demand. The enthusiasm for this year’s most anticipated movie is out of this world and we expect it to continue all the way to its debut on Dec. 18.”

Another seller, the Alamo Drafthouse chain, notably became the first to issue an apology to fans for their servers crashing despite months of the chain preparing for the sale. 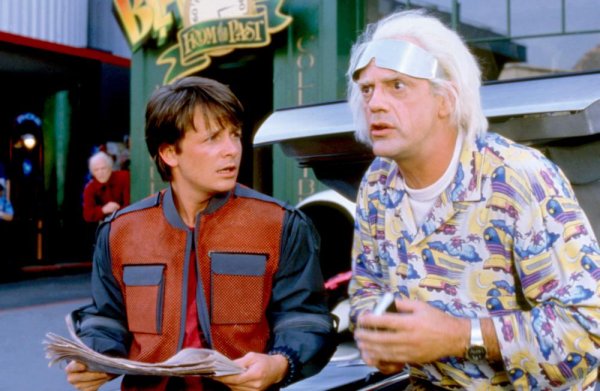 How a Real-Life Marty McFly Would Have Imagined the Future
Next Up: Editor's Pick