Canada’s Liberal party just swept into office with an even bigger-than-expected wave of support for its standard bearer Justin Trudeau, but at least one man predicted this election result well in advance: Richard Nixon.

Justin Trudeau was born Christmas Day in 1971, the son of Pierre Trudeau, Canada’s then-Prime Minister. The older Trudeau was a political powerhouse who governed the country for 16 years during and oversaw major changes, including a new constitution. Justin was not yet out of diapers when Nixon foresaw that he’d one day be Prime Minister himself.

During a state visit to Canada in 1972, Nixon raised a toast to the four-month-old son of Canada’s Prime Minister, reports the CBC.

“Tonight we’ll dispense with the formalities. I’d like to toast the future Prime Minister of Canada: to Justin Pierre Trudeau,” Nixon said, raising a glass at a state visit gala in Ottawa. Nixon went on, of course, to resign in facing the prospect of certain impeachment in 1974.

His father Pierre replied that, should his son ever become leader, “I hope he has the grace and skill of the president.” 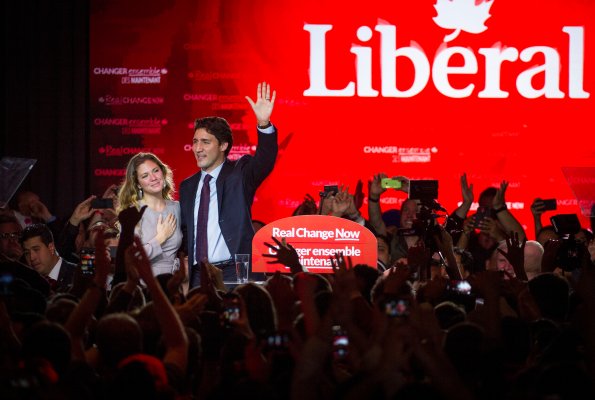 What Canada’s New Government Means for the U.S.
Next Up: Editor's Pick