Given his ripped physique and constant air of badassery, Vin Diesel doesn’t look like the stereotypical Dungeons & Dragons fans one might conjure up. But he’s an ardent, life-long fan of the trailblazing role-playing game (just look at his most recent birthday cake!). Now, there’s a window into his RPG chops.

Diesel teamed with Geek & Sundry and Nerdist for a mini D&D venture. He starred as Kaulder, a level 8 human witch hunter, in the aptly named “D&Diesel” along with Matt Mercer, Laura Bailey, Travis Willingham, Jessica Chobot, and Dan Casey. Kaulder happens to be Diesel’s character in his upcoming film, The Last Witch Hunter.

He gets really into it, relishing the chance to detail a finishing blow on a foe. Given the words of his Last Witch Hunter director, the fantastical world enthralls Diesel. “One of the things about his playing so much Dungeons & ­Dragons is that Vin has a great mind for creating mythology,” Breck Eisner told EW in July. “He understands world building and how that affects an audience.”

Catch Diesel and the crew playing above. The Last Witch Hunter begins its battle against evil beginning Oct. 23. 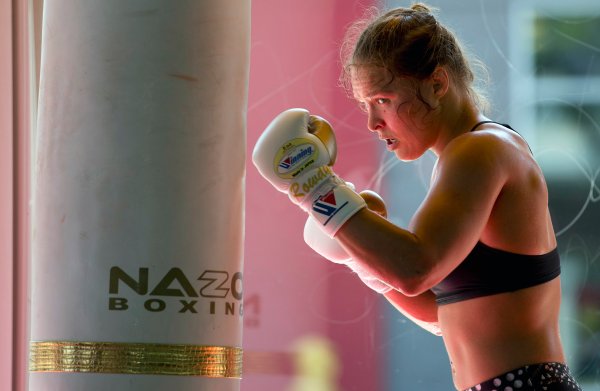 Ronda Rousey Reveals What It Really Means To Be a Champion
Next Up: Editor's Pick