Israeli border police check Palestinian's identification cards at a checkpoint as they exit the Arab neighborhood of Issawiyeh in Jerusalem, on Oct. 22, 2015.
Oded Balilty—AP
By Rebecca Collard / Jerusalem

Abed Aisala built his home in Jerusalem’s old city under the cover of darkness. “At night the small tractors would bring us the cinderblocks,” says Aisala. Fifteen years ago, as his family grew, he wanted to expand their home and keep his sons nearby. He waited for four years hoping Israeli authorities would give him permission to expand his home. “Have you ever seen a Palestinians get granted a building permit?” he asks.

For generations the Aisala family has lived here, just a few hundred feet from the gates of the Al-Aqsa mosque compound. Aisala says as he struggled to get a permit, he watched his Israeli neighbors build extra stories on to their home and a new synagogue just around the corner. More Israeli settlers moved into the Old City, including immigrants from the U.S.

The building controls are just one of many perceived acts of discrimination which are feeding Palestinian discontent, which on Thursday led to two Palestinians being shot as they tried to board a school bus with knives in the town of Beit Shemesh, some miles outside Jerusalem. Also on Thursday, Israeli soldiers shot an Israeli they mistook for a Palestinian.

“Jerusalem is a pressure pot waiting to explode and the reason for that is all these policies and laws,” says Ruth Edmonds, a researcher for the Israeli Committee Against House Demolitions (ICAHD). “We had the First Intifada and the Second Intifada and we have what’s going on now.”

Israeli Prime Minister Benjamin Netanyahu said on Thursday that he blamed Palestinian incitement for the violence. Speaking to Secretary of State John Kerry in Berlin, he said: “This morning began – we had an attack in which two terrorists tried to murder a bus full of school children. There is no question that this wave of attacks is driven directly by incitement – incitement from Hamas; incitement from the Islamist movement in Islam; and incitement, I am sorry to say, from President Abbas and the Palestinian Authority.”

The violence has been perpetrated by young Palestinians apparently acting on their own without coordination. They include a law student, a graphic designer and a father of three. Most of them are young and do not remember the violence of the First Intifada, which began in 1987 and the Second Intifada, which began in 2000 but they do know the frustration of daily life, checkpoints and building restrictions, as they watch Israeli settlers move freely around them.

For years, Aisala’s son Mahmoud, a father of five, had been posting videos of himself online, a sort of humorous social commentary. One video made fun of girls who wore tight clothing but still wore the head scarf. Last year, amid tensions in the Old City and increasing fears that the nearby al-Aqsa mosque was under threat by the Israelis, he wrote a post calling for Muslims to visit the mosque. He was arrested and sentenced to a year in prison as the Israeli authorities saw his post as inflammatory.

Other youth are routinely arrested at night and usually accused of throwing stones. Their parents must pay their bail which can cost hundreds of dollars. “This system of control, we’ve been putting in place for the last 48 years in Jerusalem,” says Edmonds, “it keeps coming to a head.”

It’s not just housing and construction that is controlled by the Israeli authorities, Palestinan’s very existence in the city is subject to approval. Every five years, each member of Aisala’s family must prove to Israeli authorities that their “center of life” is in Jerusalem, or risk losing the Jerusalem ID that allows them to stay here. They bring electricity bills and proof they pay Israeli municipal taxes.

The Aisala family, like many of the 300,0000 Palestinians in East Jerusalem don’t have any Israeli citizenship or Israeli passports. To travel abroad, they need to apply for a travel document from the Israeli Ministry of Interior. Those that spend more than two years outside of the country, to work or study, risk having these residence cards revoked.

Palestinians in East Jerusalem say that Israel is trying to push them out, making their lives difficult with restrictions on building and renovating their homes and heavy taxes and fees and policies that favor their Jewish neighbors.

While Israeli settlers are often escorted by security forces in and out of their homes in East Jerusalem, Palestinians are stopped and searched. “Where are you going?” asks an Israeli police officer near the entrance to the Aisala’s home. A few hundred feet away, Israeli soldiers stop young Palestinian men, telling them to lift their shirts and checking their ID cards.

Despite the difficultly, Aisala was determined to stay here. “I was born in this house and I will die in this house,” he says.

Aisala never got a permit to build but decided to go ahead anyway. Each night, he and a couple of friends would quietly lay the stones for the extension, which included two rooms and a small kitchen and bathroom. By the time he was finished putting in the tiles and bathroom fixtures he had spent more than $10,000. It was all of his savings, but the family had a place to live together.

For three year they lived in the new extension. Then he received a demolition order from the council. He had 21 days to destroy the structure, or the municipality would do it for him.
Edmonds says Israel uses bureaucratic reasons not to approve permits for Palestinians creating what she calls an “enforced housing crisis” for Palestinians in Jerusalem. “When you control planning and development,” says Edmonds, “you can ultimately control the population.”

The Jerusalem municipality disputes that saying it doesn’t ask for— or make decisions based on— religion or skin color. “We look for one thing, legal ownership of the land,” says Brachie Sprung, a spokesman for the municipality.

Aisala waited three years and then slowly started illegally rebuilding the structure, bringing in sheets of corrugated steel to serve as the roof. He sits on a bed in the living area, his son Bader’s two young children near by. He knows that any day he could get a new demolition order on his house, but says that didn’t stop him from building again.

“If I don’t build, and the other guy whose house was demolished doesn’t build, no Palestinian will remain in the Old City,” says Aisala. “If they come now and say ‘demolishes your home again,’ I’ll demolish it again. Then I will just rebuild.”

Rami Nazzal contributed to this report from Jerusalem. 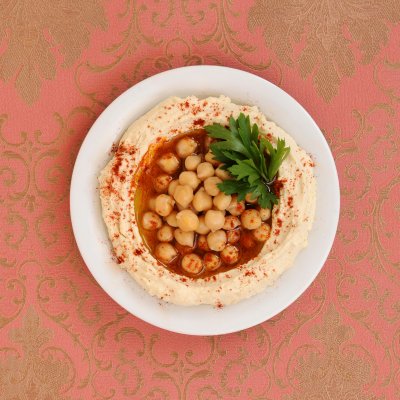 Israeli Restaurant Offers Discount to Arabs and Jews Who Sit Together
Next Up: Editor's Pick