The remains of a mid-16th century church known as the Temple of Santiago, as well as the Temple of Quechula, is visible from the surface of the Grijalva River, which feeds the Nezahualcoyotl reservoir, due to the lack of rain near the town of Nueva Quechula, in Chiapas state, Mexico, Oct. 16, 2015.
David von Blohn—AP
By Maya Rhodan

Drought conditions at a reservoir in Mexico have caused water levels to drop and reveal an ancient temple that has been submerged under about 100 feet of water since the 1960s.

Water levels at the Nezahualcóyotl reservoir in Mexico’s Chiapas state has dropped by 82 feet, or 25 meters, bringing parts of the ancient Santiago Temple to the surface. According to the Associated Press, the Temple was likely constructed by Spanish colonists in the 16th century, but abandoned around the 1770s when the plague hit.

The temple’s resurfacing has brought boaters and fisherman to the area, but it isn’t the first time parts of the 183ft long and 42ft wide structure has been revealed, according to the Guardian. In 2002, water levels at the reservoir low enough that people could walk through the church.

“It was a church built thinking that this could be a great population center, but it never achieved that,” architect Carlos Navarete told the AP. “It probably never even had a dedicated priest, only receiving visits from those from Tecpatan [a nearby monastery].” 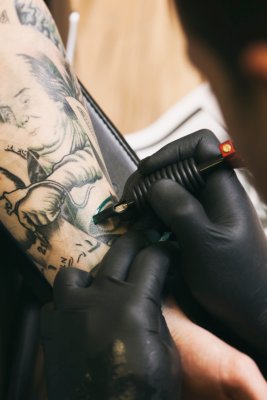