A majority of Democrats who watched last week’s debate said that former Secretary of State Hillary Clinton won in her first head-on encounter with Vermont Senator Bernie Sanders, according to a CNN poll.

Clinton had prepared for weeks for the first debate of the Democratic presidential primary contest, and firmly attacked Sanders’ record on gun control early, saying he had not gone far enough on the issue. She also criticized his admiration for Denmark, saying, “We are not Denmark. I love Denmark. We are the United States of America and it’s our job to rein in the excesses of capitalism so it doesn’t run amok.”

Many Sanders supporters believe he won the debate, and Sanders’ campaign has argued he did important work in putting economic issues front and center on the stage in Las Vegas last week.

Despite the consensus that Clinton won the debate, national polls of the Democratic primary do not appear to have moved significantly, with Clinton’s margin over Sanders shrinking by one percentage point. Clinton leads Sanders in national polls, 45% to 29%. 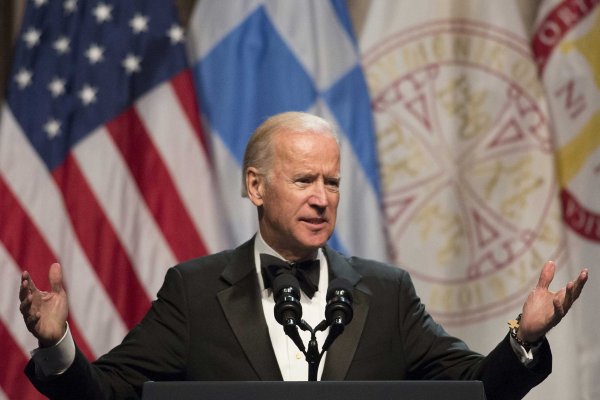 Advisers Urge Biden to Make a 2016 Decision
Next Up: Editor's Pick