After serving 12 months behind bars for killing Reeva Steenkamp, his girlfriend, South Africa’s two-time Paralympian, Olympian and international celebrity Oscar Pistorius will be released to house arrest on Tuesday to serve out the rest of his five-year sentence. Whiling around the years in his uncle’s luxurious Johannesburg mansion may not sound so bad after time in jail, but the self-described adrenaline junkie is still likely to chafe at his court-mandated restrictions: continued psychotherapy, consistent monitoring and a short leash. Not all details of Pistorius’ parole have been released, but he will be barred from having a firearm, and, according to correctional services minister Michael Masutha, he will be required to meet with the family of Steenkamp, his dead girlfriend, “if and when they agree to meet him.”

The South African Olympic Committee and the International Paralympic Committee say they are willing to let him compete once his full sentence is served, but until then Pistorius will be barred from the races that gave his life meaning and rocketed him to international fame as a double amputee who became the first disabled athlete to qualify for the Olympics in 2012.

It was only nine months after Pistorius competed in both the Olympics and the Paralympics in London that the celebrity athlete returned to the headlines in the gruesome killing of his girlfriend and reality TV star Steenkamp. In the early hours of Valentines Day, 2013, Pistorius shot Steenkamp four times through the locked bathroom door of his bedroom. He claimed in his 2014 trial that he had mistaken her for an intruder. Prosecutors claimed that the athlete’s notorious temper had gotten the best of him in a couples’ spat and that he shot with intent to kill. The court ruled culpable homicide, similar to manslaughter, and sentenced Pistorius to five years. The light sentence produced outrage, affirming a wide spread belief in South Africa and beyond that celebrity and privilege often tips the scales of justice away from women. “Reeva Steenkamp’s life clearly weighs less heavily in the judicial balance than Pistorius’ access to freedom,” said Polly Neate, Chief Executive of the UK-based Women’s Aid foundation to end domestic abuse. “This is a devastating indication of the lack of value placed on women’s lives. Until this changes, we will never progress towards to a culture which values women’s lives enough to make them safer.”

Under South African laws, prison terms are usually reduced once one-sixth of the sentence has been served with good behavior. “He’s not ‘out’ on parole … he’s having his sentence converted to a house arrest sentence,” Criminal lawyer David Dadic told the Guardian. “He’s now confined to a house for a period. They’ll confine him essentially to what he would be doing in prison but in the confines of his own house.” Pistorius will be released from correctional supervision on October 20, 2019, unless a pending appeal finds him back in court and tried again for murder. At that point he will be 32.

Pistorius had been due for parole in September, at the conclusion of one-sixth of his sentence, but at the last minute Justice Minister Michael Masutha blocked his release, saying it had been made “prematurely.” At question was not his behavior in prison, which by all accounts was exemplary, but the process. At the time Steenkamp’s parents said that 10 months in jail was “not enough,” but at this most recent announcement of Pistorius’ release, on Friday, they appeared to have accepted that their daughter’s killer was one step closer to freedom. “Nothing will bring Reeva back,” the lawyer for Steenkamps’ family told CNN. “[her parents] are not surprised at all by this announcement. They expected this.”

They are also expecting one more thing: On November 3, the prosecution will try to overturn the culpable homicide verdict in appeal in South Africa’s Supreme Court, arguing that Pistorius would have known that whoever it was that he was firing at behind the bathroom door could be killed. If the prosecution wins this time around, Pistorius faces up to 15 years. He will go from the relative freedom of house arrest back into the confines of jail, with little hope of returning to reach for Olympic, or Paralympic glory, again. 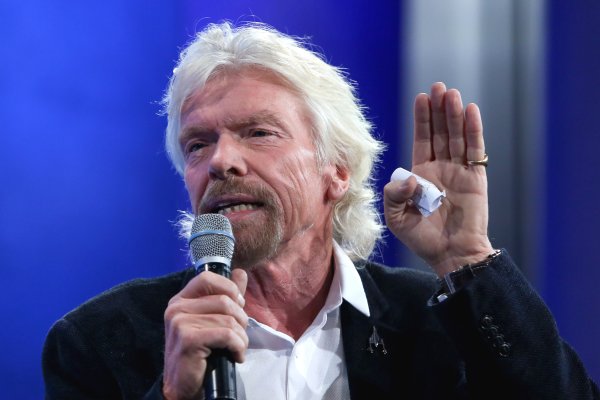 U.N. May Recommend Decriminalizing Drug Use
Next Up: Editor's Pick