Texas is eliminating taxpayer funding for Planned Parenthood in the state, based on concerns over the organization’s fetal tissue donations, the governor announced on Monday.

“Following the release of gruesome videos filmed at Planned Parenthood facilities, including Gulf Coast in Texas, Governor Greg Abbott announced his LIFE Initiative to provide greater protections for children in the womb and prevent the sale of baby body parts,” Abbott’s statement reads.

The cancellation “calls for funding to Planned Parenthood and other abortion providers out of taxpayer money to be eliminated completely, both at the State and local levels,” according to the announcement.

Abbott said that canceling Medicaid participation for Planned Parenthood in Texas moves the state closer to “providing greater access to safe healthcare for women while protecting our most vulnerable – the unborn.”

In the statement, Abbott’s office argued that Planned Parenthood and its affiliates are no longer capable of performing medical services safely and legally and that the termination of all Planned Parenthood affiliates “will not affect access to care because there are thousands of alternate providers in Texas including federally qualified heath centers, Medicaid-certified rural health clinics, and other health care providers across the state that participate in the Texas Women’s Health Program and Medicaid.” 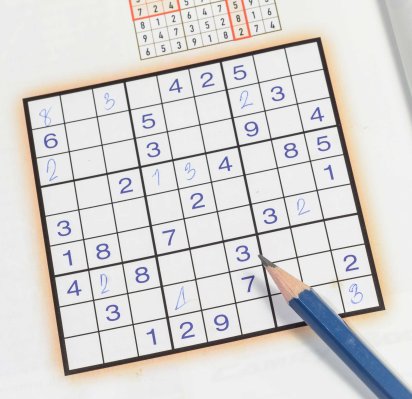 How Sudoku Caused This Man's Seizures
Next Up: Editor's Pick