Advisers Urge Biden to Make a 2016 Decision This Week

Advisers are urging Vice President Joe Biden to decide whether he’s running for President before Hillary Clinton’s high-profile testimony before Congress on Thursday.

Their argument: the longer he waits, the more difficult it will be to run. Biden already faces an uphill climb to find the dollars to mount a campaign, high-profile supporters to help him make his case and aides to run the nuts and bolts of a campaign. Political reporters, a longtime Biden constituency after decades in Washington, are starting to sour on the idea of a Biden campaign.

“There’s no appetite to drag this out,” one longtime Biden ally tells TIME.

Some worry that if the 72-year-old Biden joins the campaign after Clinton’s testimony, it will appear as though he sees her performance as sufficiently troublesome to justify his entrance into the race. Such a move would be read as though Biden does not trust Clinton’s comments, something that Republicans can use if Clinton prevails and is the nominee.

Biden’s advisers do not want his moves to negatively hurt the chances of Democrats holding the White House for a third consecutive term. Most of the Republicans looking to the White House are campaigning on pledges to undo what President Obama and Biden have accomplished during their two terms.

If Biden does decide to enter the race, he will quite literally be starting from scratch. It’s unlike he would mount a flashy speech or rally on par with his rivals. Instead, it’s likely that his advisers or would-be donors would quietly phone reporters with the news. Perhaps that was already taking place on Monday: first-term Representative Brendan Boyle, a Pennsylvania Democrat, tweeted that he has “a very good source close to Joe that tells me VP Biden will run for Prez.” Another option would be for Biden to drop the news into a previously scheduled speech through his official Office of the Vice President.

It is unlikely that Biden would immediately start campaigning. Those events are tough to plan, especially with the Secret Service handling security, Air Force Two required for travel and no one on the ground in Iowa handling his logistics. It isn’t as though the Vice President can hop the American Airlines flight from Reagan National Airport to Des Moines, grab a rental car and show up at a community center. No, a run from the Vice President is going to be costly, and Biden has zero campaign cash.

At the same time, the next big Democratic Party event is this weekend’s Iowa state party dinner. It’s a political circus of sorts. Pop singer Katy Perry is headlining a rally for Clinton. Biden showing up with a tiny retinue would just embarrass him. Obama used that event as a turning point in his 2008 bid to derail Clinton in Iowa, and then nationally.

Read More: Biden Says He May Not Be Ready to Run

Still, though, Biden is not yet telling advisers that they should stop considering a campaign. Nor is he saying they have his blessing to go. Biden’s top lieutenant and friend, Ted Kaufman, hinted in a note to allies last week that they should stand by for a decision.

Biden has spent months publicly agonizing about whether he could muster the emotional strength to challenge Clinton. He has been open about his grief over son Beau’s death earlier this year, and the Biden clan has warmed to the idea of fulfilling one of Beau’s final wishes: that Joe Biden make one more stab at winning the Presidency.

Biden’s advisers are warning him — and his family, who is always part of the campaigns — that the road ahead would be rough and they cautioned him that the kid gloves he enjoyed as a beloved Vice President would not continue should he make a play for the presidency. His approach would suddenly be scrutinized, and every word he has uttered during the past seven years as Vice President subjected to another look, they warned him. Did he really want to subject himself — and his still mourning family — to that for a campaign and, perhaps, eight years as President?

Biden’s aides also cautioned his poll numbers would likely sink should he become a candidate. Remember Clinton’s polling numbers when she left her job as an apolitical Secretary of State, they urged him. Those numbers sank as she re-entered politics and was no longer a diplomat.

Read Next: Joe Biden’s Ambition and Grief Collide in 2016 Decision 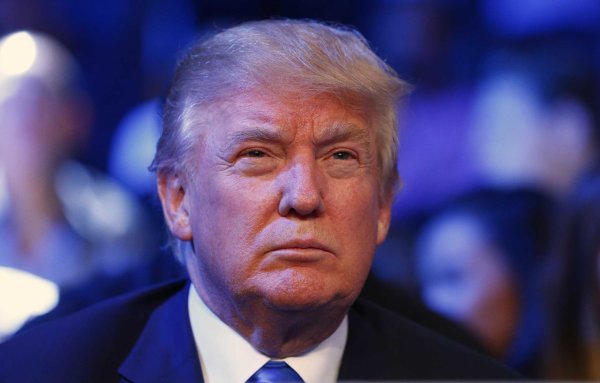 Trump and Bush Play 9/11 Blame Game
Next Up: Editor's Pick