How to Get Your Kids Interested in the U.S. Election

Presidential candidates for the 2016 election have already begun to dominate recent news cycles, which may lead kids to ask questions about the American electoral system. Or it might just be an excuse to get them thinking about one of the key parts of the way their country works.

Parents only have time for so much reading. Make it count with Time for Parents weekly email of the most useful and interesting and parenting stories from all over. Sign up here.

But if parents start describing the minutae of the electoral college, or bringing up a candidate’s tax plan over dinner, “kids are just going to tune out,” says Candice Nelson, Professor of Government in the School of Public Affairs at American University. Instead, kids need to engage politics in a way that “means something to them.”

So what do kids really need to understand about how people get elected to public office in the United States? And how can parents start good conversations that might actually get kids interested?

Most elementary age kids aren’t naturally interested in the finer points of politics, says Nelson. So she recommends that parents start discussions based on things kids can see, instead of abstract ideas. Political yard signs that appear during election seasons can be a good jumping off point to discuss the fact that politicians must be voted into power, and televised debates can help kids get familiar with the candidates. And older kids who might glaze over at a textbook explanation of the electoral college might find it far more compelling if it’s presented as a game, like at 270towin.

Middle school kids often have class governments, which give them a chance to be voters, and a taste of politics. Parents can get a sense of how kids are thinking, Nelson says, by asking questions like “Who are you supporting?” and “Why are you supporting them?” And parents can also take the opportunity to have broader conversations, Nelson says, like how kids can “still be friends,” despite differences of opinion.

The most important thing for high school students to learn, according to Nelson, is the nitty-gritty details of how to vote. Too many young people, she says, don’t know the basics, like how to get a voter ID, where to vote—or even how to use a voting machine. And since teenagers “don’t want to look like they don’t know what they’re doing,” Nelson says, they may not vote if they don’t feel confident about the process. The good news? “At the high school level,” Nelson says, “studies have shown that if you bring in a voting machine for seniors and show them how to vote, they’re more likely to actually vote.” Parents probably can’t get their hands on one of those, but they’ll always have the internet to give them an idea. 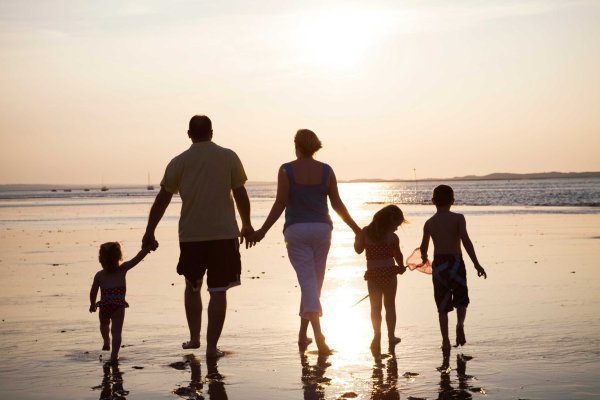 Quiz: Which Generation Matches Your Parenting Style?
Next Up: Editor's Pick