A quick trip into the capital turned into an expected trek for two elderly friends in the U.K. Mollie Muetzel and Kathleen Lowndes, both 89, had traveled into London for afternoon tea at the Savoy Hotel. On the way home, however, they mistakenly boarded an express train to York instead of to Muetzel’s hometown of Knebworth, which is just 30 miles (48 km) out of London.

When the two friends, who routinely travel together, realized their mistake, they spoke with a member of staff aboard the train. Unfortunately, they were then told that the non-stop train wouldn’t be stopping until it had reached its destination. “The man came to us and said ‘I’m awfully sorry but we can’t stop as it’s a fast train.’ He said to sit back, relax and enjoy the journey, though, as they were going to take good care of us,” Muetzel told the Herts and Essex Observer. 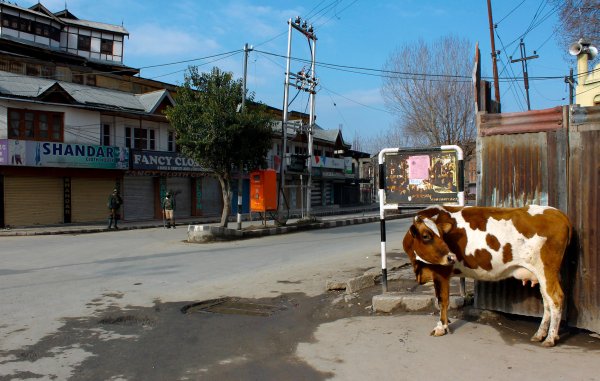 Rumors Over Cattle Slaughter Set Indian State on Edge
Next Up: Editor's Pick