Mammogram Guidelines Get an Overhaul—Again

The new recommendations, which offer a more personalized approach to who needs screening when, are the result of an ACS evidence review that was published Tuesday in the journal JAMA.

The new ACS guidelines advise that:

The ACS says its guidelines were due for an update—the group’s most recent recommendations date back to 2003, when it recommended annual mammograms beginning at age 40. “In 2003 nobody talked about the balance of benefits and harms which is now a really a standard for guidelines,” says Dr. Richard Wender, the chief of cancer control at ACS.

This may help clear up at least some of the confusion around when women should start screening, and how frequently they should go in once they start. In 2009, when the U.S. Preventive Services Task Force (USPSTF) said there was insufficient evidence to support the recommendation that women start screening at 40, USPSTF changed its official advice to biennial screening beginning at age 50 for most women. Earlier in 2015, its draft guidelines reinforced the 2009 recommendations. The ACS, meanwhile, continued to recommend a starting age of 40.

“What I can confidently state is that the simple [2003] guideline fueled confusion. It caused women and clinicians to choose, ‘Well, I either follow this guideline or I follow that guideline and I don’t understand why they are so different,'” says Wender. “We know that we have an obligation to make sure that clinicians are educated and the public has the right education and guidance, including more helpful decision making tools.”

MORE: Inside the Movement to End the Overtreatment of Breast Cancer

The new guidelines are a little more in line with those issued by the USPSTF. “There are many similarities,” the USPSTF said in a statement about the new ACS guidelines. “We both found that the benefit of mammography increases with age, with women in their 50s, 60s, and early 70s benefiting most from regular mammography screening.”

The new ACS guidelines are more granular than previous ones, with screening advice and frequency broken down by age. “The evidence simply no longer supports one-size-fits-all,” says Dr. Kevin Oeffinger, chair of the ACS breast cancer guideline panel and a family physician at Memorial Sloan Kettering Cancer Center. “In medicine we are moving closer and closer to bringing about a personalized approach.”

In a preemptive response to the new guidelines, the American College of Radiology, which represents doctors and groups that perform mammography, and Society of Breast Imaging, a proponent of early detection, said in a statement release to the media that they “continue to recommend that women get yearly mammograms starting at age 40.”

When asked whether, as a clinician, his own views on screening have changed through the years, Wender said yes. “It’s easy to say that any test that might result in a prevention of a death should be worthwhile, and why wouldn’t you do that for everyone?” he says. “I’ve come to appreciate two things over time. There just is no perfect screening test. And I really have come to embrace a balance of the benefits and drawbacks to screening.”

One of those drawbacks is false positives; over 10 years, a woman getting an annual mammogram has a 61% chance of getting such results. Another is the mounting data that mammograms do not save nearly as many lives as experts hoped they would, and can lead to aggressive treatment of early-stage cancers that may be unnecessary.

The ACS says it recommends all women become familiar with the potential benefits, limitations and harms that come with breast cancer screening. “I continue to impressed with the savviness of American women with regard to health issues,” says Oeffinger. “This is a topic women have spent much time thinking and reading about. We really emphasize the doctor-patient relationship and the opportunity for someone who really knows a patient to answer questions and help them understand the different information out there, and reach a decision together.”

Wender adds: “Although it’s tempting to impose our own values, patients—both men and women—want and are able to, with appropriate guidance, make a personal decision.” 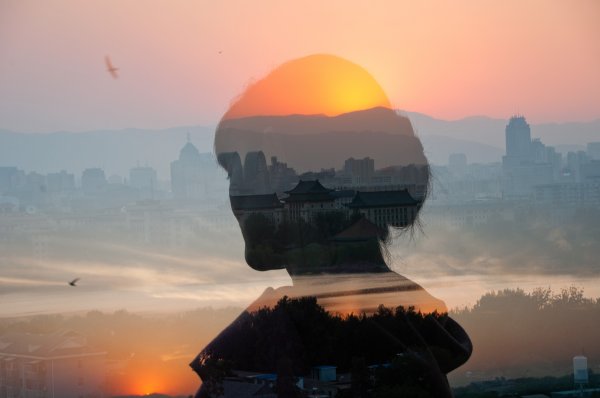 What Race Has to Do With Breast Cancer
Next Up: Editor's Pick