Larry David Played Bernie Sanders on SNL and It Was Fantastic

Larry David grabbed the late-night spotlight playing Bernie Sanders during a spoof of the first Democratic debate on Saturday Night Live this week.

The comedian, who resembles Sanders in both accent and behavior, combined his own trademark humor with outrage over the place of the middle class. “I don’t have a super PAC. I don’t even have a backpack,” said David “I own one pair of underwear. That’s it. Some of these billionaires have three, four pairs.”

David’s performance also included some of his trademark observational humor, which the comedian famously included on Seinfeld and Curb Your Enthusiasm. “You know what I don’t understand America? These podiums,” said Sanders. “What are you supposed to do with your elbows?”

Alec Baldwin also appeared on SNL as presidential candidate Jim Webb. But much like Webb himself, who complained that the debate was a back and forth between Sanders and Hillary Clinton, Baldwin didn’t get much screen time. 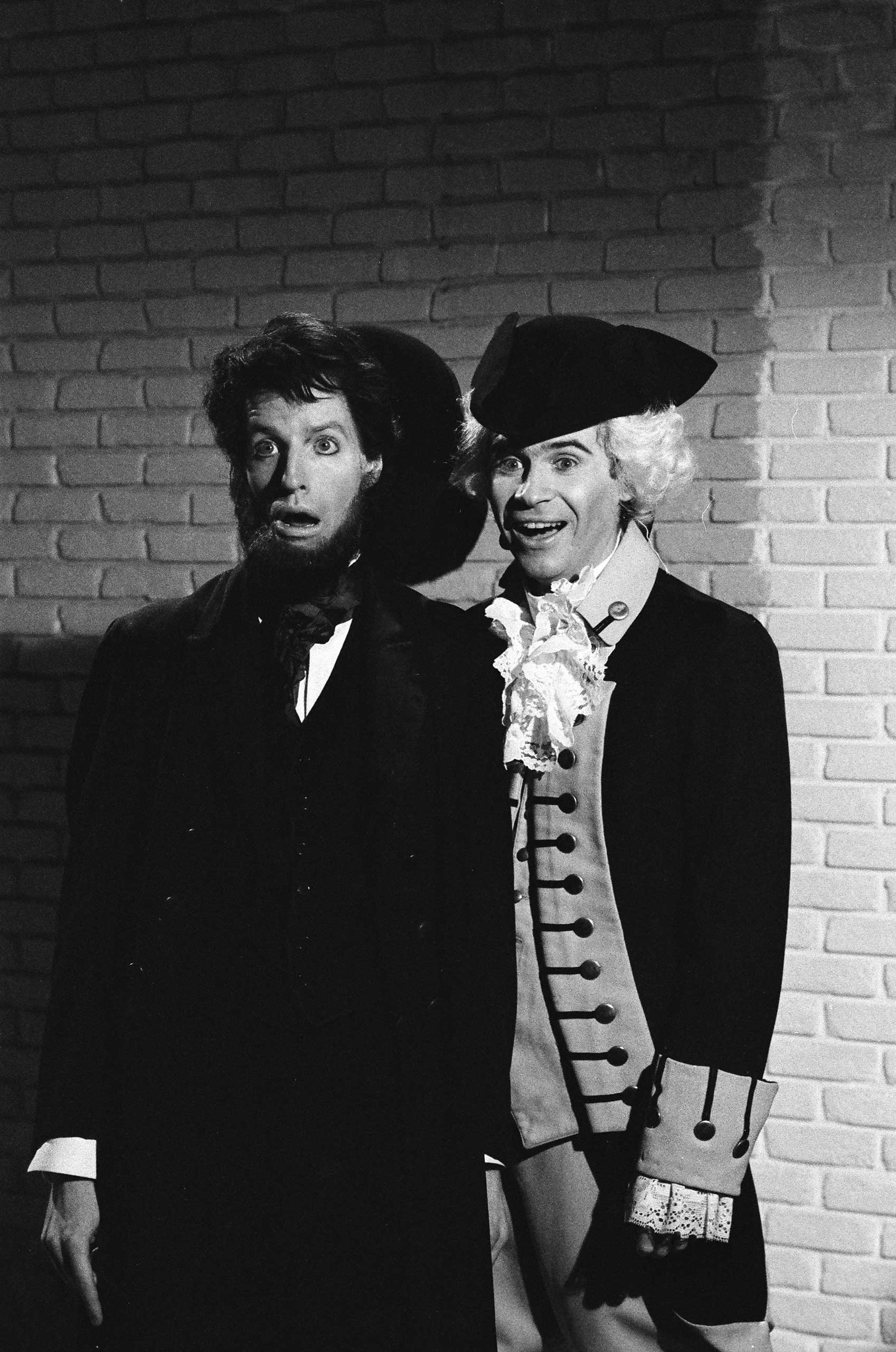 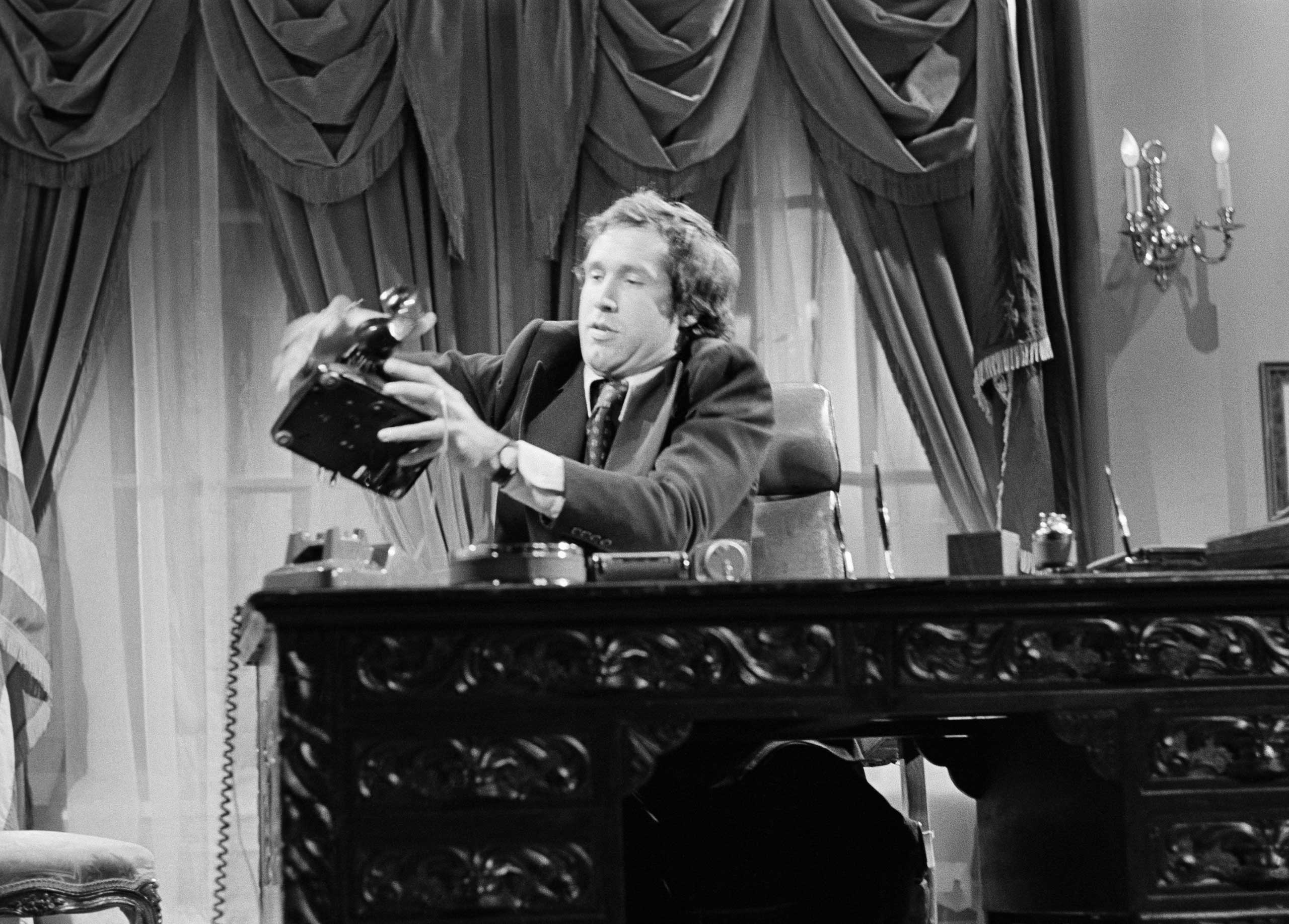 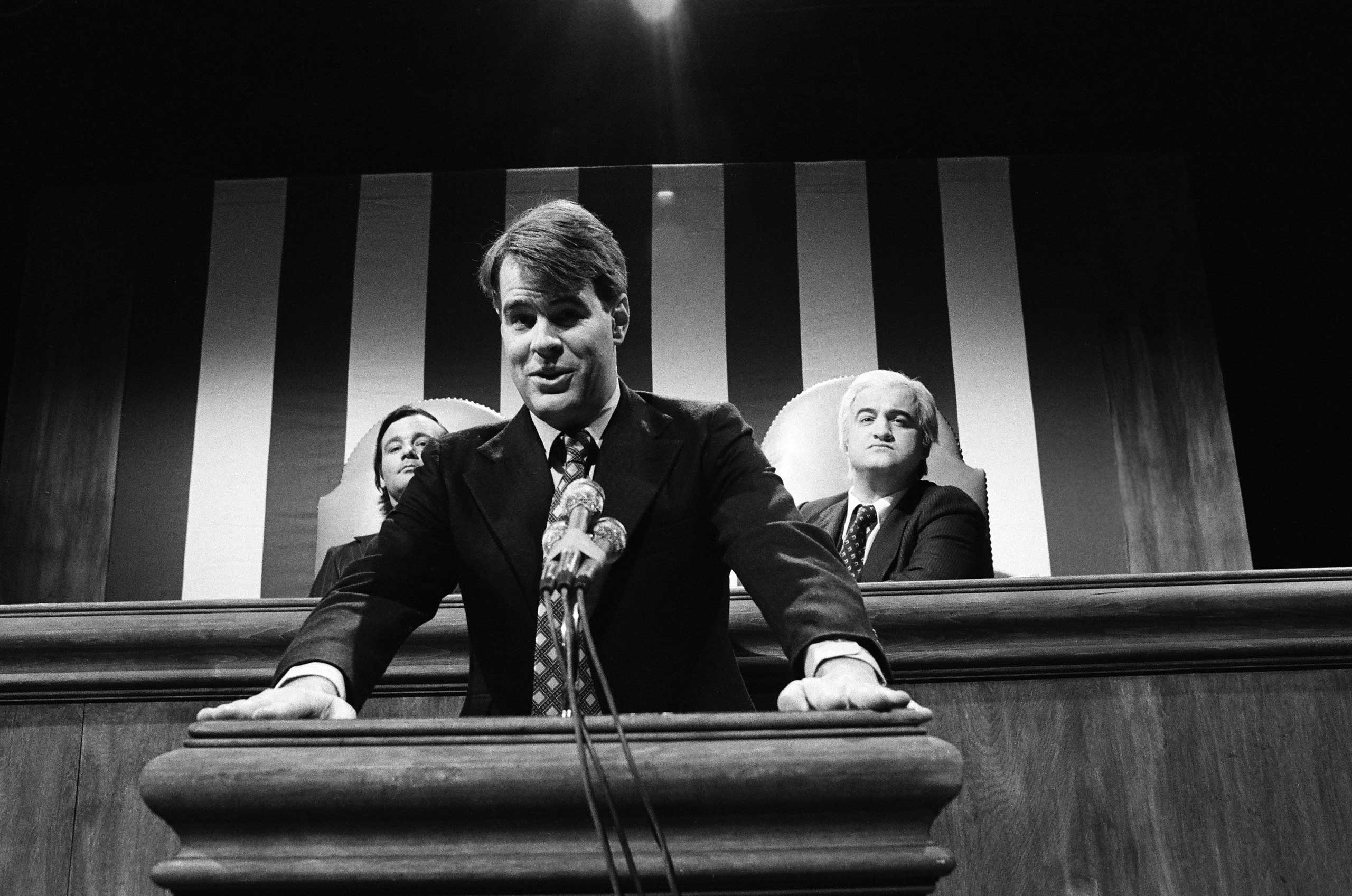 Bill Murray as Walter Mondale, Dan Aykroyd as President Jimmy Carter, and John Belushi as Tip O'Neil during the 'State of the Union 1979' skit on Jan. 27, 1979.
Alan Singer—NBC/Getty Images 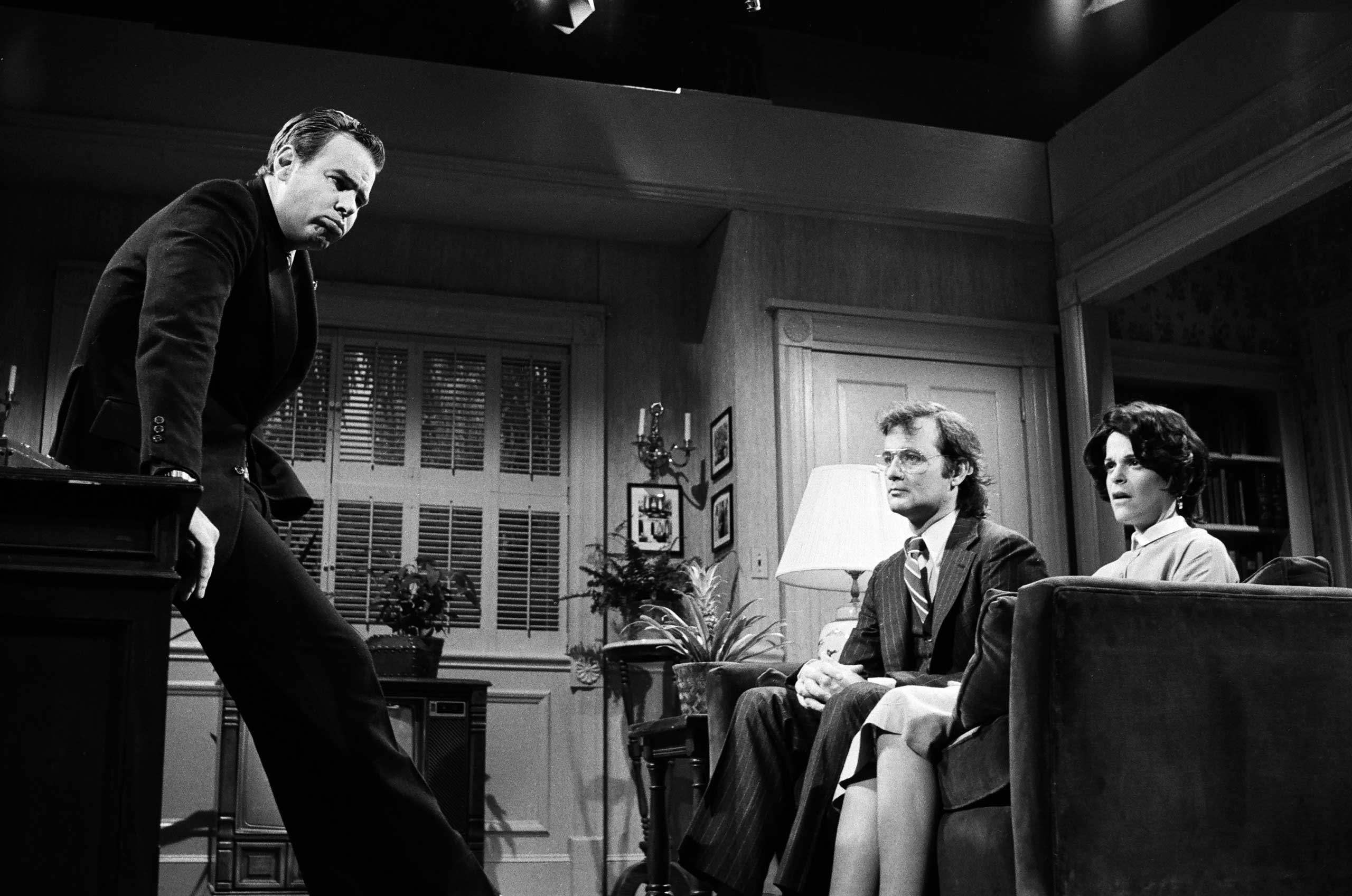 From Left: Dan Aykroyd as Richard Nixon, Bill Murray as David Eisenhower, and Gilda Radner as Julie Nixon during the 'Blind Ambition' skit on May 26, 1979.
Al Levine—NBC/Getty Images 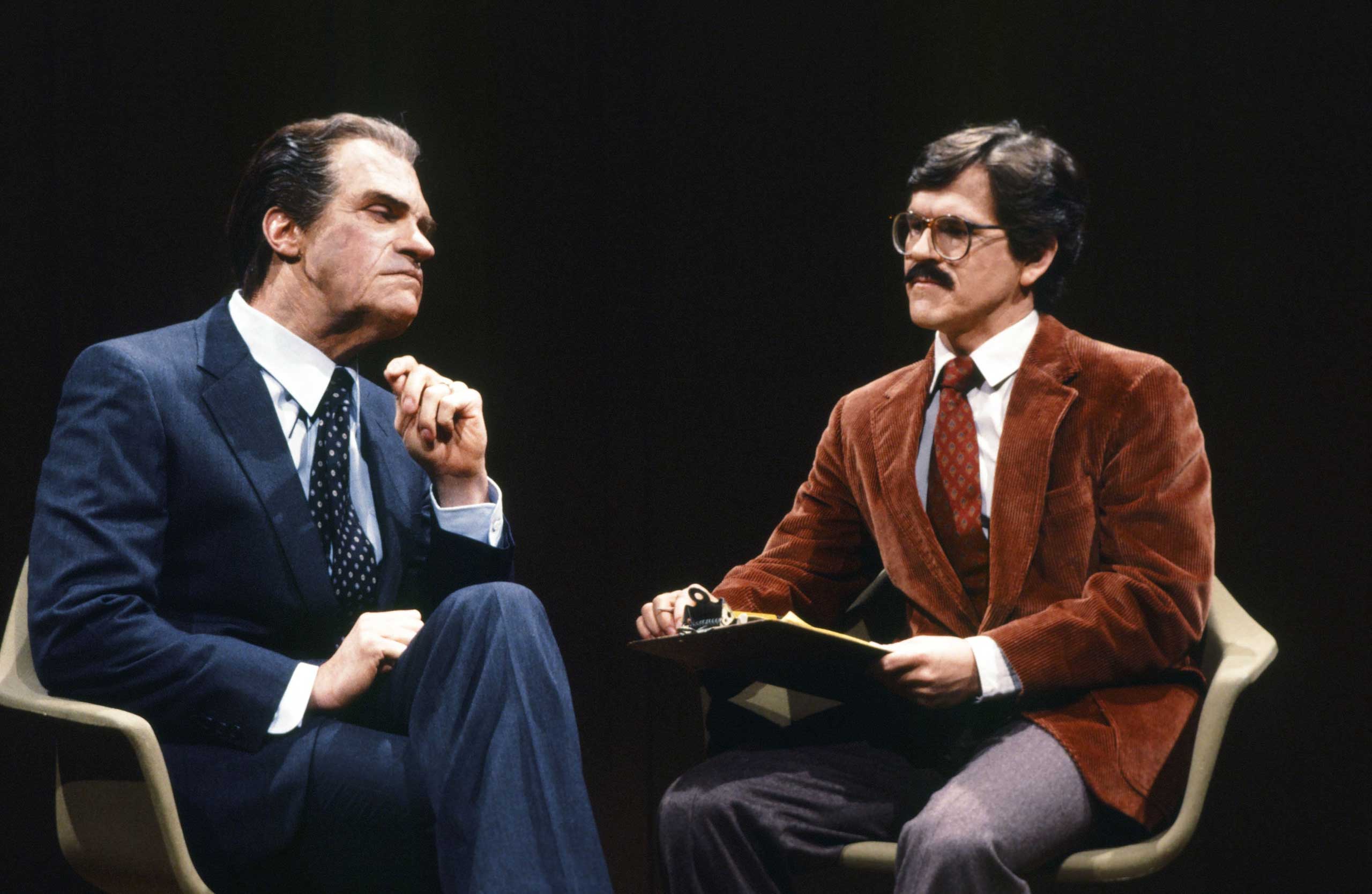 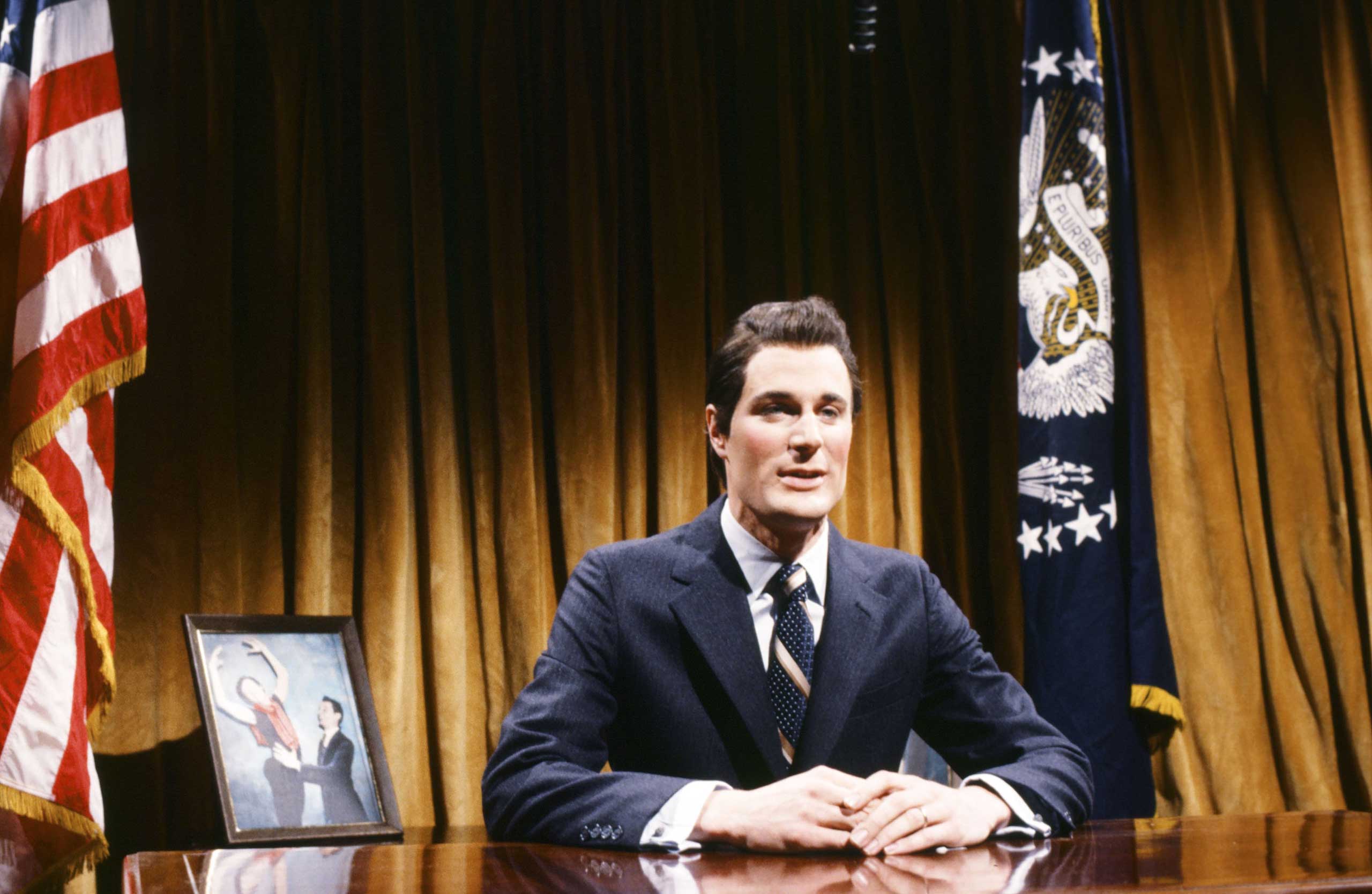 Charles Rocket as Ronald Reagan during the 'Charts' skit on Feb. 7, 1981.
NBC/Getty Images 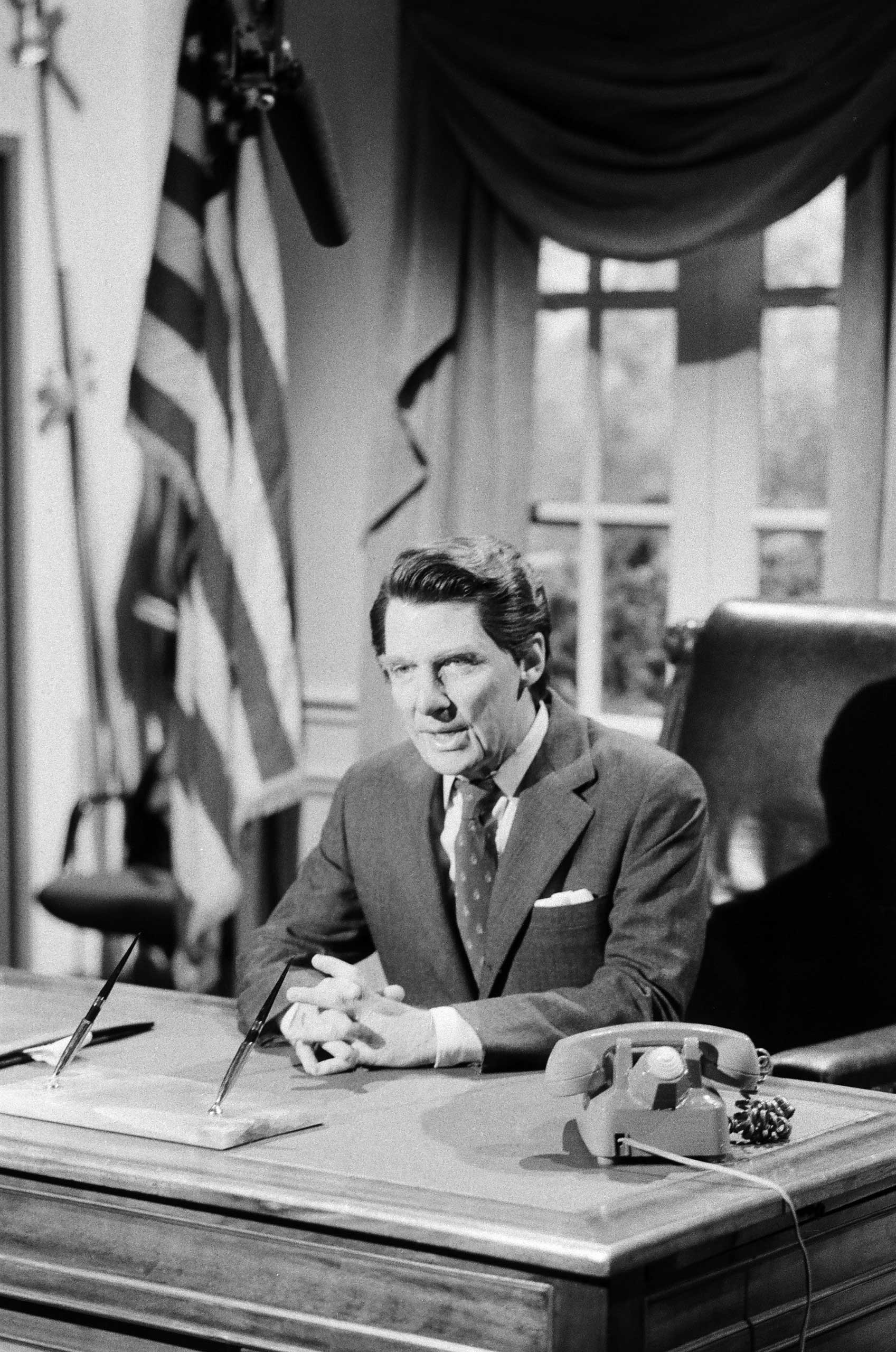 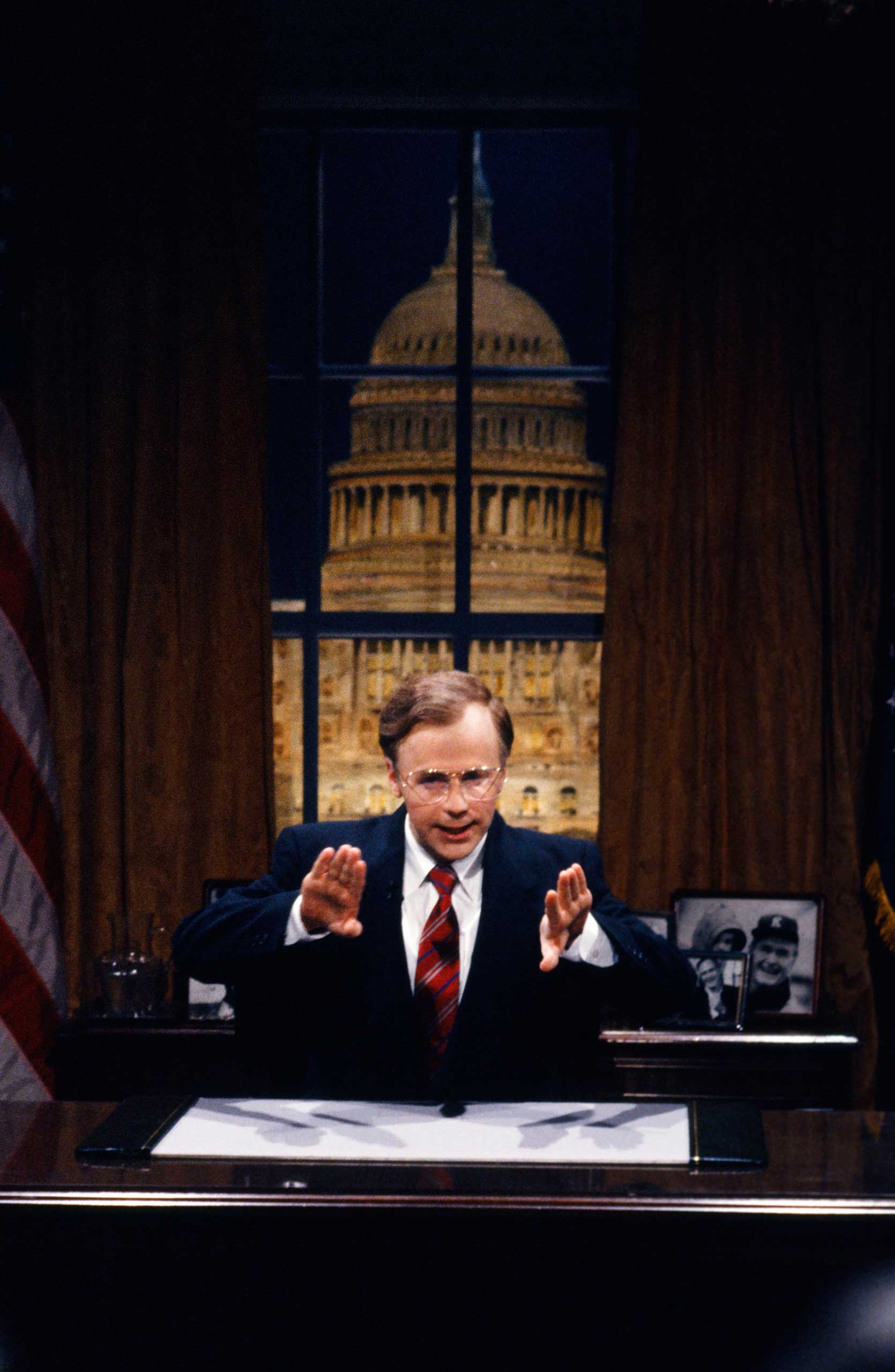 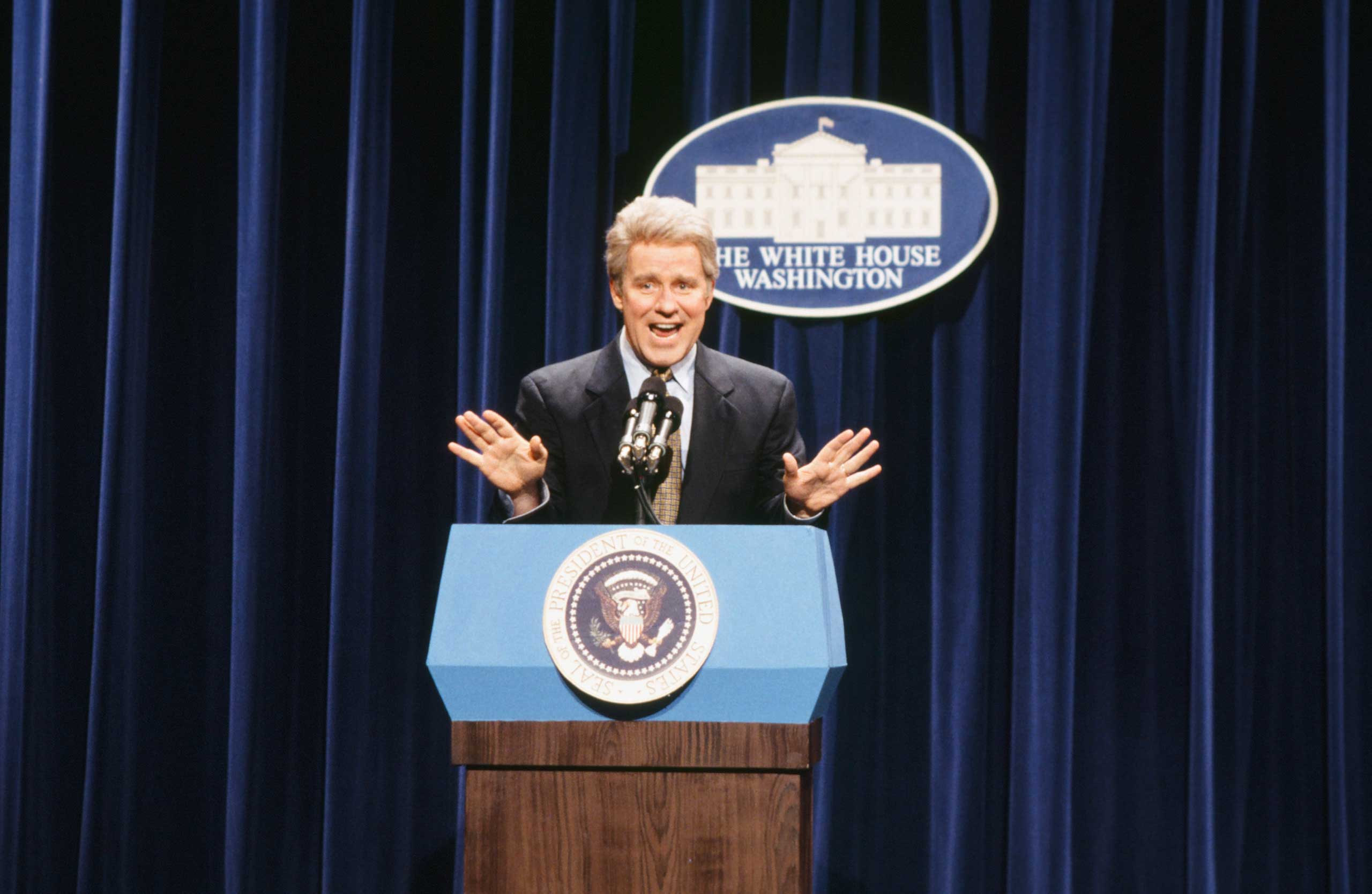 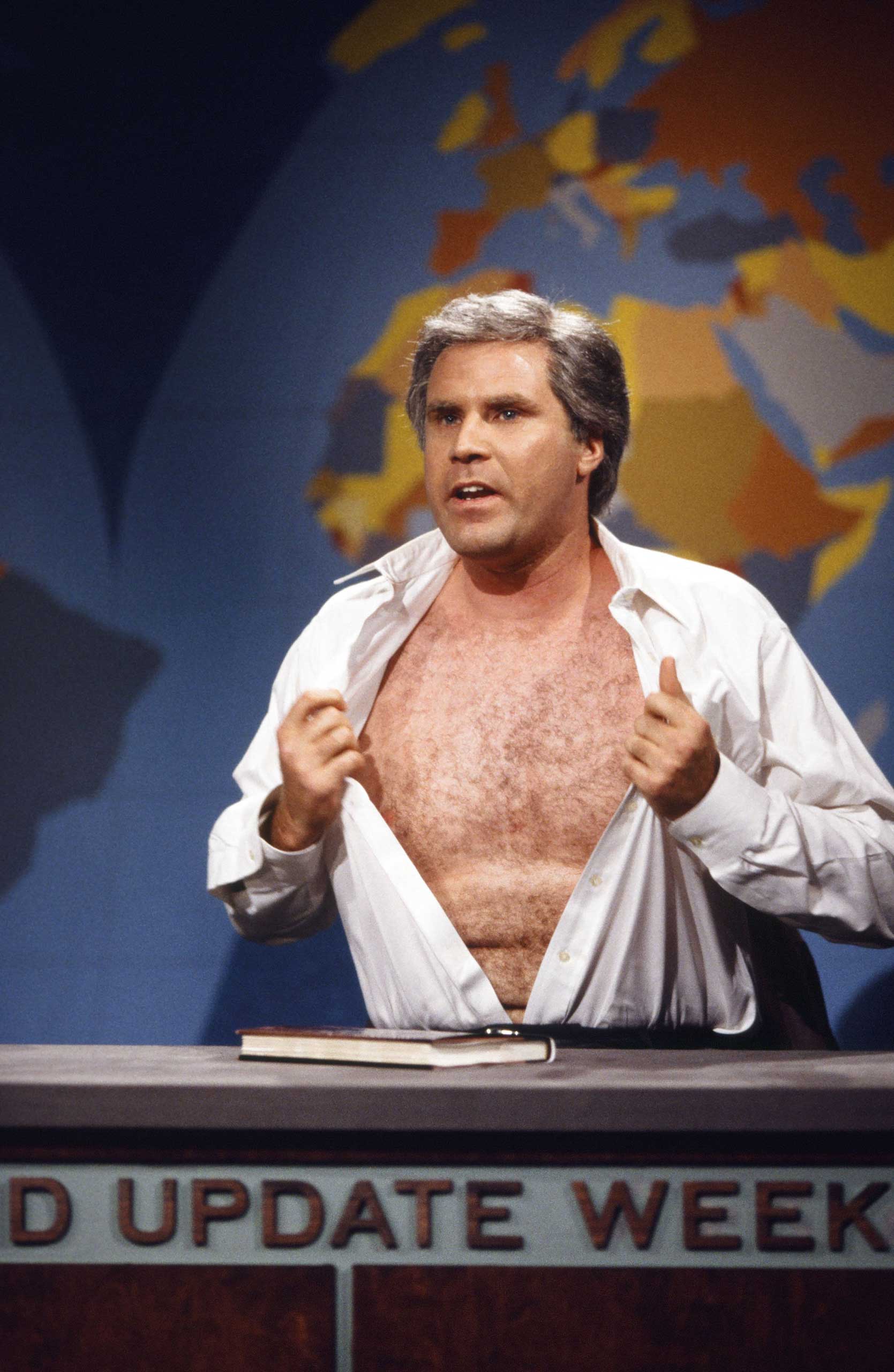 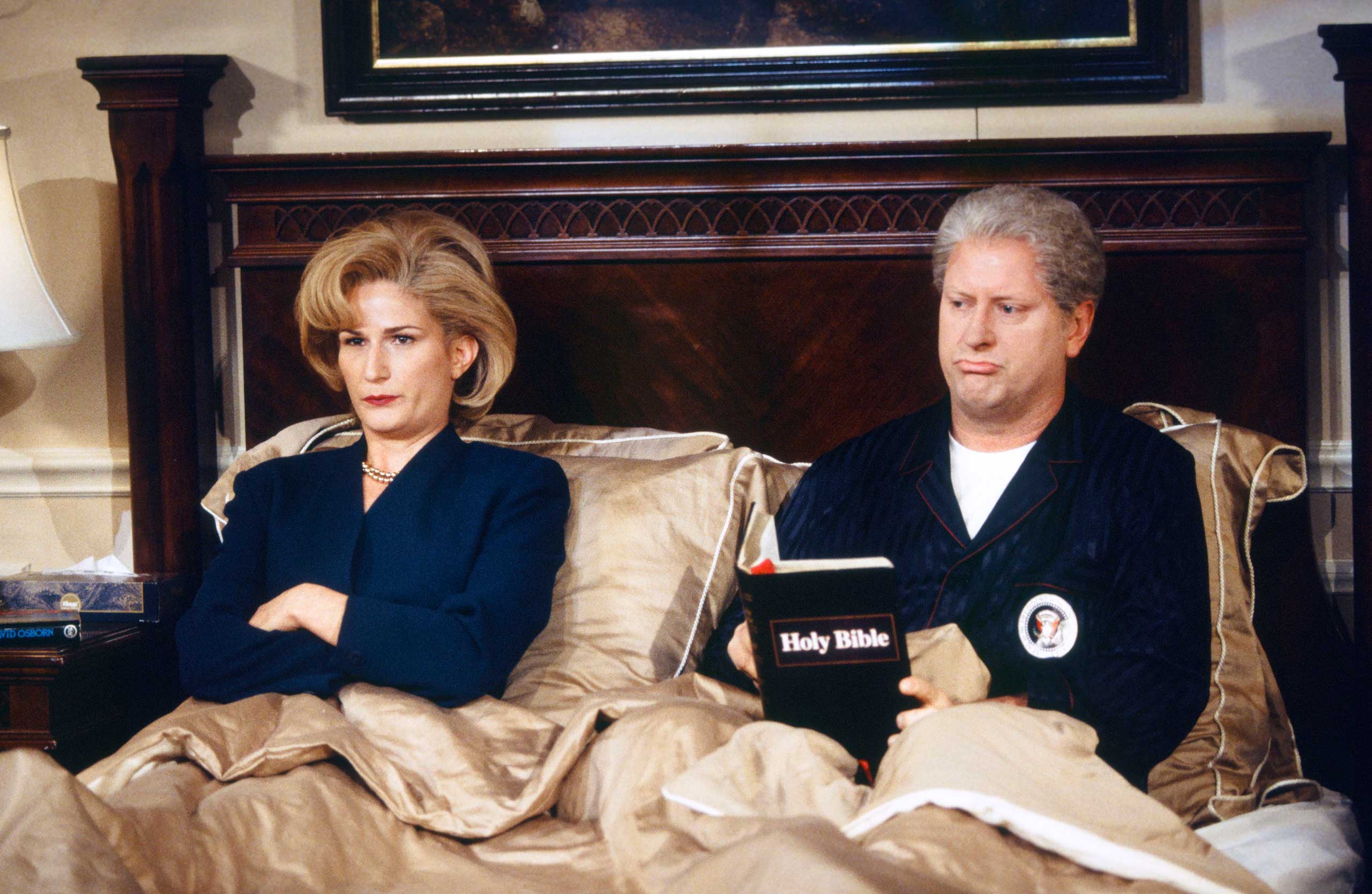 Ana Gasteyer as Hillary Clinton and Darrell Hammond as President Bill Clinton during the 'Bedtime at the White House' skit on Oct. 3, 1998.
Mary Ellen Matthews—NBC/Getty Images 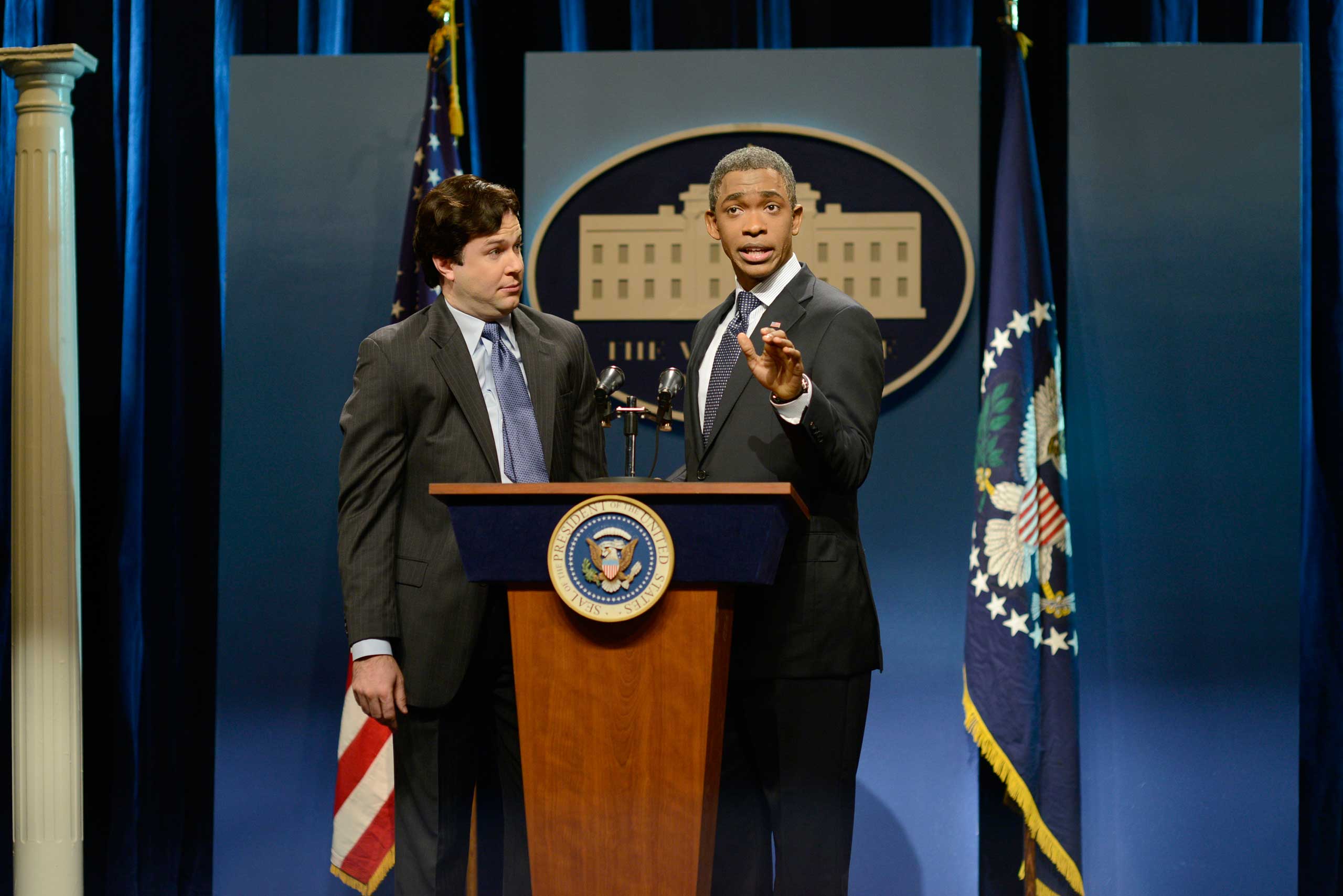 Taran Killam as Ron Klain and Jay Pharoah as President Obama during the 'Ebola Czar' skit on Oct. 25, 2014.
Dana Edelson—NBC/Getty Images
1 of 12
Advertisement