El Niño weather patterns could be to blame for the first yellow-bellied sea snake to wash up on a California beach in nearly three decades, experts say.

A surfer found the highly poisonous animal—also known as pelamis platurus—on the Silverstrand Beach in Ventura County on Friday, according to the organization Heal the Bay and the Natural History Museum of Los Angeles County. Its sighting was the first known appearance of the species in the county as well as the northernmost sighting along North America’s Pacific coast, the Los Angeles Times reports.

The snake may have been drawn up toward California by El Niño water temperatures. Heal the Bay says the last time the snake, which is highly poisonous and typically lives in warm waters, was seen in California during the early 1980s during an El Niño.

But don’t worry, poisonous sea snakes won’t start showing up en masse just because of warmer ocean temperatures. “Seeing a yellow-bellied sea snake wash ashore indicates that the animal is most likely ill or injured,” Greg Pauly, herpetology curator at the NHMLAC, told the Times in a statement. 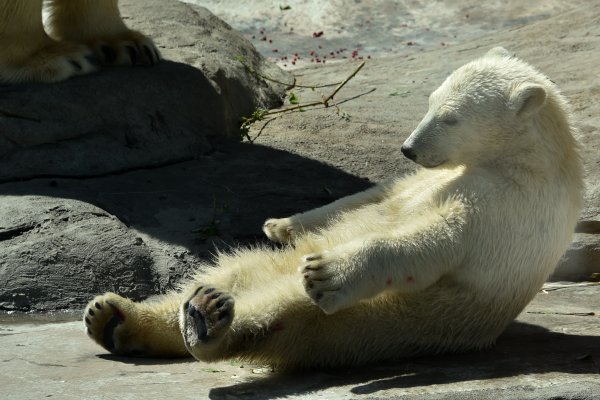 Watch Migrants in France Get on a Truck With a Polar Bear
Next Up: Editor's Pick