Oscar-nominated actress Rooney Mara says the gender pay gap between men and women in Hollywood is frustrating but that her concerns are dwarfed by pay equity further down the economic ladder.

“I’ve been in films where I’ve found out my male co-star got paid double what I got paid, and it’s just a reality of the time that we live in,” the Girl with the Dragon Tattoo star told the Guardian. “To me, it’s frustrating, but at the same time, I’m just grateful to be getting paid at all for what I do.”

Mara joins a spate of high-profile Hollywood talent, including Jessica Chasten, Emma Watson and Jennifer Lawrence, to have lamented the fact that male stars tend to draw higher paying contracts than women.

But Mara was quick to put her glamorous profession in context. “It’s not fair, but I think about how much teachers are getting paid, or other people who are doing jobs that are so much more important than what I do, and it’s kind of hard to complain about.”

The actor said what’s more troubling is being labeled a “spoiled brat” or worse for being an outspoken woman in Hollywood. “I’ve been called horrible things,” she said. “If a man was acting in the same way that I was acting, it would just be considered normal. To me, that’s the thing I find so frustrating is calling women spoiled brats and bitches. We just want to have a voice in our life, and I don’t think that’s anything that shouldn’t be encouraged in any human.” 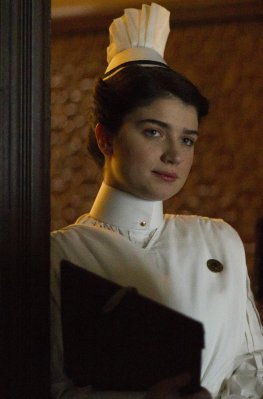 Eve Hewson of The Knick on Working With Soderbergh and On-Set Pranks
Next Up: Editor's Pick