As the CEO of Apple, it’s Tim Cook’s job to lead the most valuable company in the world.

And, long before he became CEO, Cook was responsible for managing all of the company’s sales and operations worldwide. Needless to say, he knows a thing or two about success, leadership, organization, and innovation.

Here are a few of Cook’s most inspiring quotes pulled from interviews, essays, and commencement speeches he’s given in recent years.

“The sidelines are not where you want to live your life. The world needs you in the arena.”

“It’s been tough and uncomfortable at times, but it has given me the confidence to be myself, to follow my own path, and to rise above adversity and bigotry. It’s also given me the skin of a rhinoceros, which comes in handy when you’re the CEO of Apple.”

—On being gay, written his essay published in Bloomberg

“History rarely yields to one person, but think and never forget what happens when it does. That can be you. That should be you. That must be you.”

“Some people see innovation as change, but we have never really seen it like that. It’s making things better.”

“There’s this thing in technology, almost a disease, where the definition of success is making the most. How many clicks did you get, how many active users do you have, how many units did you sell? Everybody in technology seems to want big numbers. Steve never got carried away with that. He focused on making the best.”

“We see that privacy is a fundamental human right that people have. We are going to do everything that we can to help maintain that trust.”

—On Steve Jobs when speaking to Fast Company

“So if hearing that the CEO of Apple is gay can help someone struggling to come to terms with who he or she is, or bring comfort to anyone who feels alone, or inspire people to insist on their equality, then it’s worth the trade-off with my own privacy.”

—On his decision to come out publicly, written in his essay published in Bloomberg

“There are times in all of our lives when a reliance on gut or intuition just seems more appropriate—when a particular course of action just feels right. And interestingly I’ve discovered it’s in facing life’s most important decisions that intuition seems the most indispensable to getting it right.”

“Part of social progress is understanding that a person is not defined only by one’s sexuality, race, or gender.”

—On being gay, written his essay published in Bloomberg

—On the Apple Watch, when speaking with Fast Company

“Apple has always had the discipline to make the bold decision to walk away.”

—On the philosophy behind Apple’s product development, when speaking to Fast Company 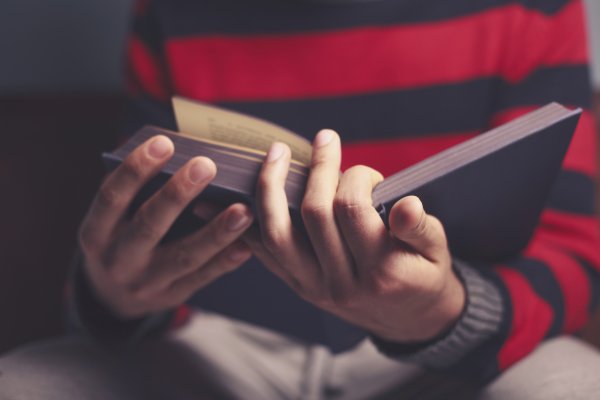 25 Popular Business Books Summarized In One Sentence Each
Next Up: Editor's Pick